Watford have a fresh manager again, with Walter Mazzarri the new man in the dugout at Vicarage Road, replacing Quique Sánchez Flores.

The sacking of Flores came as a surprise to many supporters after he led the club to safety in their first season back in the Premier League, while they also reached the semi-final of the FA Cup.

Isaac Success and Christian Kabasele are the two main summer arrivals at Watford so far, while massive bids for strike pairing Odion Ighalo and Troy Deeney have been rejected, with the latter, who is Watford’s captain, signing a new long-term deal to commit his future to the club.

More investment is likely if Watford are to push on and secure a place in the top half of the Premier League this season, although survival is again the first challenge.

Flores’ Watford typically played 4-4-2, with a diamond shape sometimes used in midfield, although Deeney would usually drop off Ighalo and play almost as a traditional number 10. One of the reasons given for Flores’ sacking was that his team was not appealing enough to watch.

How Mazzarri intends to line up his side requires a touch of guesswork this early into pre-season, but there are unlikely to be too many changes from the solid system that worked well last year.

If there was one criticism of Flores it was that he was too inflexible tactically, so Mazzarri may want the Hornets to be more unpredictable under his leadership. Mazzarri, a former coach of Napoli and Inter among various other Italian clubs, has often played with a 3-4-3 shape.

Deeney and Ighalo are likely to resume their fruitful pairing despite the arrival of Success, who will have to be content with a place on the bench initially.

Craig Cathcart had a fine season last year and his reputation has been burnished by an excellent Euro 2016, while the midfield is anchored by the underrated Frenchman Étienne Capoue.

Experienced Brazilian Heurelho Gomes continues in goal and he has added consistency to his game after previously being capable of goal-costing mistakes.

Gomes, who has signed a new contract to stay at Vicarage Road, set a new Premier League record last year. He became the first person to save two penalties in two top-flight games.

Cathcart is a certainty to start in the Watford back four, but there is much less clarity about his partners in the Hornets defence, with last year’s regular left-back Nathan Aké moving on – he is now on loan at Bournemouth from Chelsea.

Miguel Britos was Cathcart’s regular partner in the heart of the defence last year and unless there are new arrivals that looks the most likely pairing again, but Kabasele will be pushing for a place.

Right-backs Juan Carlos Paredes and Allan Nyom do not appear to be Premier League standard, so this looks an obvious place for Mazzarri to start with player upgrades.

Watford’s midfield is likely to be built around Capoue, with José Manuel Jurado surprisingly allowed to join Espanyol in a deal worth around £2 million. 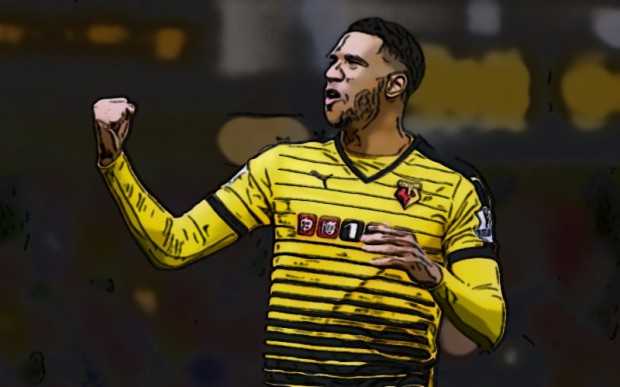 The reliable Ben Watson remains a useful option in the centre of the pitch, while Mario Suárez will be hoping for more game-time after seeing his minutes limited following his January arrival.

Almen Abdi, Adlène Guedioura and Ikechi Anya are among the other midfield options, while Suárez’s fellow January signing Nordin Amrabat will also be seeking more regular starts and Success is an option out wide too.

Mazzarri is not blessed with many high-class forward options, but Deeney and Ighalo were both very effective in the first half of the season last year, although Ighalo’s form in particular dipped in the closing weeks of the Premier League campaign.

Amrabat and Success will be pushing hard for selection, while a new signing, the young striker Jerome Sinclair, will want to play as much as possible after joining the club from Liverpool.

Costel Pantilimon is the main goalkeeping cover in the Watford squad, while Sebastian Prödl is an able deputy for Britos and Cathcart in the heart of the back line, although extra defenders may be required after Gabriele Angella and Joel Ekstrand were both released at the end of last season.

Success and Amrabat will mainly be used from the bench as attacking options, while Valon Behrami adds a lot of experience to the Watford midfield. Winger Steven Berghuis impressed in spells last season and could be given more chances to shine this time.

As the captain and talisman of the team, first refusal on all set-pieces tends to go to Deeney, although for free-kicks from well outside the box the striker is more useful in the penalty area.

Deeney is also the primary penalty taker in the team, while corners could be taken by Berghuis following the departure of Jurado, with Watson another good option available in the team.

Success and Kabasele are unlikely to be the only big-money signings at Vicarage Road this summer, with West Brom’s striker Saido Berahino linked with a switch to the club.

Serie A looks to be an obvious market for Watford to do their shopping, given this is where Mazzarri is most experienced, while the club’s owners, the Pozzo family, also run Udinese.

« Is Pogba the Fourth Specialist ?