The closure of the transfer window this week means top-flight clubs around Europe will now have to rely on the players they have in their squads for the rest of the season.

While Manchester City’s announcement that Bayern Munich coach Pep Guardiola will replace Manuel Pellegrini at the end of the season grabbed the headlines, deadline day saw a number of big-money moves.

Fantasy players are now scouring lists of completed deals to see who is worth adding to their squads, so here are five footballers who moved on deadline day to consider for your selections.

Everton needed to sign an attacker after allowing Steven Naismith to join Norwich City, with Oumar Niasse bought from Lokomotiv Moscow for around £13 million on deadline day.

Manager Roberto Martinez has revealed Niasse’s wife is from the north-west of England, which should help the Senegal international striker to settle in quickly at his new club. 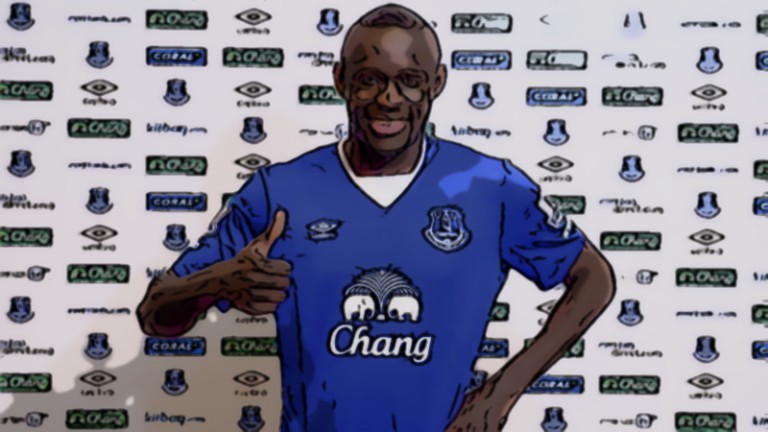 Niasse will provide cover and competition for Romelu Lukaku, but he could also replace Arouna Koné in Everton’s regular starting XI. He is certainly one to keep a close eye on.

Box-to-box midfielder Imbula, 23, is seen as a replacement for Steven N’Zonzi, who was sold to Sevilla at the start of the season without a new player being brought in to fill his spot in the side.

Stoke’s transfer business continues to catch the eye, with Imbula joining a squad packed with exciting attacking talent, such as Bojan, Xherdan Shaqiri and Marko Arnautović.

While Imbula is primarily a defensive-minded midfielder, he has an excellent physique that should see him slot into life in the Premier League with the minimum of fuss. Imbula has already been compared to legendary midfielder Patrick Vieira by his new Stoke colleague Charlie Adam.

Steve McClaren has been desperate to sign a striker for some time and he finally landed one for Newcastle United on deadline day, with Seydou Doumbia joining the club on loan from Roma.

After splashing out a combined £24 million on Andros Townsend and Jonjo Shelvey, as well as signing Bordeaux’s Henri Saivet and Doumbia, Newcastle were the biggest spenders in Europe during January. Doumbia joins a strikeforce that has been struggling for goals, with Aleksandar Mitrović and Ayoze Pérez thus far unable to fire Newcastle away from the relegation zone.

Ivory Coast international striker Doumbia moved to Roma 12 months ago in a £10 million move but did not settle in Serie A, although a recent loan spell at CSKA Moscow was a success, with the 28-year-old recording five assists and five goals in 13 Russian Premier League appearances.

“He is a natural goalscorer, someone who has scored goals in the Champions League and has played at the highest level. We believe he can make a mark in this team,” Newcastle head coach Steve McClaren said announcing the signing of the striker, who is likely to go straight into the side.

Away from the Premier League, Jordan Rhodes’ move to Middlesbrough was among the most expensive deals to be completed on deadline day.

Scotland international striker Rhodes, who hit roughly a goal every two games for Blackburn Rovers, joined for an initial £9 million as Boro spent big to strengthen their promotion push. The transfer initially collapsed over Rhodes’ wage demands but Boro went back in for the striker.

Rhodes has been a regular pick for Championship fantasy football players in recent years and moving to a stronger team should improve his goalscoring further. He is also a specialist from 12 yards, rarely missing when he steps up to take a penalty.

However, the 25-year-old has been in a poor run of form of late, scoring just one league goal since November. He will be motivated to get off to a flying start with his new club though, as Boro’s next Championship fixture is against – yes, you guessed it – his old club Blackburn Rovers.

Deadline day was busy for Aitor Karanka’s side as they also completed the signings of versatile Leicester defender Ritchie De Laet and Belgium Under-21 midfielder Julien De Sart.

Steven Fletcher’s loan move from Sunderland to Ligue 1 mid-table side Marseille was among the most interesting of the outgoing deals involving Premier League teams on deadline day.

Fletcher signed for Sunderland in a £14 million deal in August 2012, but has only scored four goals in 16 Premier League appearances this season. The loan deal takes Fletcher up to the end of his contract with the Black Cats, so he will be looking to impress at Marseille in his temporary spell there as he seeks to find a new club.

Fletcher’s career has gone stale but a move to Ligue 1 may be the spark that reignites his talent, having previously hit double figure goal tallies in three successive Premier League seasons.

Marseille have also re-signed Florian Thauvin, on loan from Newcastle, the winger having failed to impress in the Premier League after leaving Marseille in a £12 million move in August.