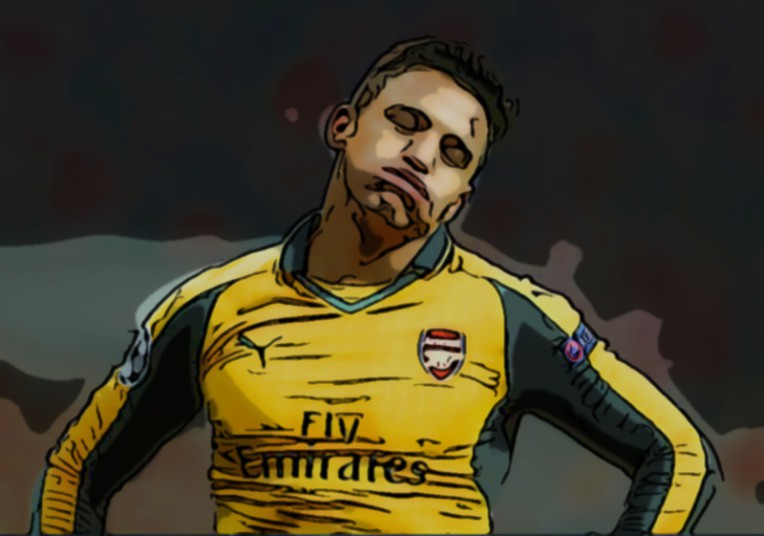 In the aftermath of Arsenal’s capitulation at the Allianz Arena on Wednesday evening, it was inevitable that speculation would increase about the future of Arsene Wenger. However, it is the growing likelihood of star attacker Alexis Sánchez following Wenger out of the Emirates exit door that is far more alarming for Gunners’ supporters.

The Chiliean attacker remains one of the leading contenders for the Golden Boot but in recent weeks he has cast a frustrated figure and the dejection he showed during the defeat in Germany was apparent for all to see. Only time will tell but it might be asking a lot for Sánchez to continue to produce the type of performances that have made him the standout 2016/17 fantasy player, between now and the end of the campaign.

When the first blank gameweek of the season takes place next weekend, Sánchez and his Arsenal team mates will not be in action due to Southampton’s involvement in the EFL Cup Final. The Saints face Manchester United at Wembley, so the Manchester derby is the other postponed game. This has implications for Fantasy Premier League managers since they will only be able to score fantasy points with players from the 16 teams that will be in GW26 action, while also reducing the pool of players from which to select a captain. Zlatan Ibrahimović, fresh from is hat-trick against Saint Etienne, is another noticeable absentee.

Diego Costa has failed to score or register an assist in his last three Premier League starts but that hasn’t prevented him from coming out on top in our GW26 ‘Captometer’ ratings, which factors in each teams’ goals expectation and the contribution a player is expected to make to that total, in terms of goals and assists.
The table with ID 15 not exists.

The Blues host Swansea City, who, despite climbing out of the relegation zone, have conceded more goals than any other Premier League side. This looks like the perfect opportunity for Costa to get back among the goals.

Everton’s Romelu Lukaku has been troubled by a calf injury but he is expected to be passed fit for the Toffees’ home match with Sunderland and bearing in mind that he scored 4 times on his last appearance at Goodison Park, he just cannot be ignored.

Sadio Mané could be a popular choice, following his man of the match performance against Spurs last time out and if he was to replicate that sort of form, he will surely push champions’ Leicester City closer to the trap-door. Tottenham Hotspur will be looking to bounce back from that Anfield mauling when they entertain Stoke City at White Hart Lane and they have four players figuring prominently in the GW26 rankings.

Transfer activity should be kept on hold until this weekend’s FA Cup ties have taken place, though. Any team that progresses to the next round will face another blank gameweek in GW28, so if all 8 Premier League teams get through, just three FPL fixtures would be scheduled for that round – now that would be the ultimate blank gameweek!

« Will Kun Gatecrash The Party?