Which 5 Serie A players make our fantasy football notebook ?

The new Serie A season starts soon, with Juventus the favourites to win yet another league title.

Napoli and Roma will again push them for the Scudetto, while AC Milan and Inter Milan should both be stronger, with an exciting season in store in Italy.

So, who should you consider picking this season? Well, for those of you that are looking for fantasy football tips for the new Serie A season, here are 5 players that should be in your notebook.

Napoli attacker Lorenzo Insigne had a fantastic season last year and, with Gonzalo Higuaín moving to champions Juventus for £75 million, he will be even more important this time out. 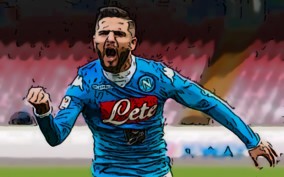 Insigne managed to contribute 12 goals and 10 assists last season – he was one of the few players in Europe’s top leagues to hit double figures for both goals and assists – while he was named the man of the match on five occasions.

There is no doubt that losing captain Higuaín will be a massive problem for Napoli, as he scored faster than a goal a game last season, but Insigne is a player who they can rely on for goals.

Napoli are reportedly interested in a big money move for Mauro Icardi, but even if the striker stays at Inter Milan this season he will be a solid selection for fantasy football players this year.

Icardi hit 16 goals for Inter last year despite the fact they finished 13 points adrift of the Champions League places, while he is set to get even better as he is still just 23 years old.

While Icardi is not quite yet the finished package, as Inter have apparently rejected a 62 million euros bid from Napoli it is clear he is one of the biggest stars in Serie A already.

Chelsea and Arsenal are among the other top European clubs to have been linked with a move for Icardi, so he might not be available to pick in Serie A fantasy football teams for much longer.

On loan at Roma last season, the Giallorossi completed a permanent deal to sign Mohamed Salah from Chelsea over the summer break and he will be one of their key players again this season. 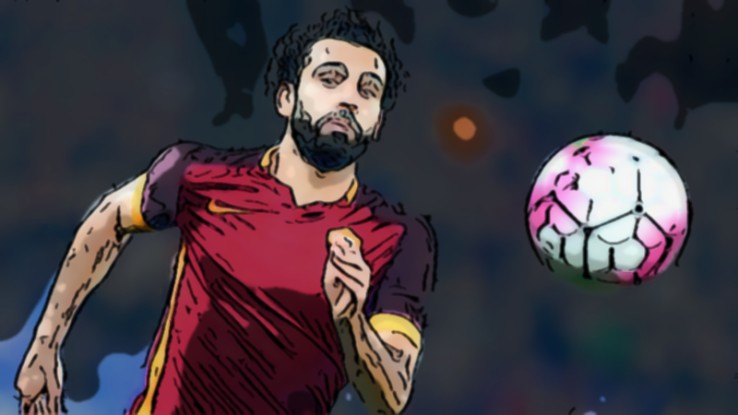 Salah struck 14 goals in Serie A last season despite operating mostly as a wide midfielder, while he was also able to contribute six assists for his team, earning a WhoScored rating of 7.20 for his performances in the Italian top-flight.

At the age of 24 there is a lot of potential for Salah to get even better this season, with Luciano Spalletti aiming to build a title challenge at the club where he won the Coppa Italia in the 2006-07 and 2007-08 seasons in a previous spell.

The story of Francesco Acerbi is an inspirational one, with the Sassuolo centre-back fighting testicular cancer and earning his first Italy cap within a year of recovering from the disease.

Acerbi was one of the best defenders in Serie A last season as Sassuolo surprisingly earned qualification for Europe, edging out AC Milan to finish in sixth place in the league.

But it is his threat from set-pieces that makes him particularly exciting for fantasy football players, with Acerbi able to score four goals from the back last season.

He has a terrific disciplinary record too, only receiving three yellow cards in 36 Serie A starts last year, which means he is unlikely to drop points for fantasy managers by getting sent off.

Even at the age of 38, Gianluigi Buffon remains the most accomplished goalkeeper in the league and Juve’s brilliant defence means he is the obvious stopper selection for any fantasy manager.

Buffon kept 21 clean sheets in the league last season – six more than his nearest rival, Samir Handanović – although there were signs of frailty creeping into his game at Euro 2016.

A younger Buffon might well have saved the penalty from Jonas Hector that crept under his body in the quarter-final loss to Germany in France this summer.

However, Buffon was still making history last season, with a record run 973 minutes played without conceding in Serie A matches before he was beaten by a penalty against Torino.

Sebastiano Rossi had previously held the Serie A record, which stood for over 20 years.

Remember to avail yourself to some general tips to help with those Serie A selection dilemmas by reading our FREE eBook ‘Your #1 Guide to Becoming a Successful Fantasy Football Manager‘.

A goalkeeper with a better trick »