There’s less than a week to go to finalise your fantasy football team… Still tinkering?

Having played fantasy football for the past 18 years and collecting 25 national prizes in games such as the Sun DreamTeam, Telegraph, SkySports and the Daily Mail, I now work for Opta-powered fantasy football game www.oulala.com who will be launching a new daily version of their game very soon.

Whatever fantasy football game you play, whether your aim is to win your work or pub league or you’re going for a national prize, the basics are inevitably the same. Pick the best players and avoid the dross. Your starting eleven (or squad) is pivotal in how your season pans out. You want to get one up on your friends and work colleagues, right?

With budget restrictions it’s not as simple as packing your side out with superstars. Sure, your team needs a core of top players who will deliver consistent points. However, identifying who offers the best value, which players you may have overlooked and how players may perform for their new clubs, are some of the factors that come into play when picking your initial side.

I have identified 20 players that will give you a head-start over your rivals from day one. 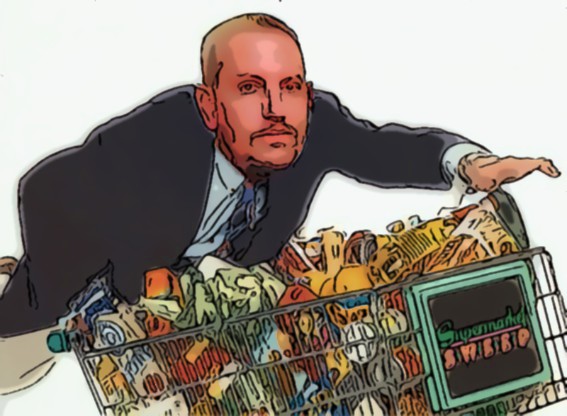 Must Have – Thibaut Courtois (Chelsea)

There’s no doubting the Czech’s class. Joining an Arsenal side that conceded the third fewest goals last season behind just Chelsea and Southampton. An addition of Cech’s ability could well see Arsenal jump to the top of that list.

A wrist injury is a keeper’s worst nightmare, and having just recovered it’s understandable that naturally Lloris will be cautious when attempting saves, not what you want from your keeper, keepers should be fearless.

Under The Radar – Maarten Stekelenburg (Southampton)

With Fraser Forster out injured until April after rupturing a knee tendon, it will be up to Stekelenburg to deputise. With one of the meanest defences in the Premier League last season in front of him and his cut-price cost, his selection percentage should be much higher than it is.

As Ben Foster has been ruled out of action until October, another keeper deputising is Myhill. The most saves per game (3.91) in the Premier League last season and 4 clean sheets from 11 games, show that he’s well up to the job at a cut-price in every game. The Baggies begin with difficult opening fixtures so be on your guard.

Must Have – Branislav Ivanovic (Chelsea)

The right-back scores goals, collects assists and picks up his fair share of clean sheets. Unlike John Terry and Gary Cahill who have Kurt Zouma challenging for game-time, his only real threat is Cesar Azpilicueta, who already plays left-back.

Impressing preseason it seems the Italian will slot straight in at right-back for United, at the expense of Antonio Valencia. With an attacking prowess and defensively astute in equal measures, the 25-year-old appears to be a solid fantasy pick next season.

With youngster Kurt Zouma impressing last season and rumblings that Everton centre-back John Stones is still on Jose Mourinho’s wishlist, the England international may see a drop in game-time next season. Premium priced players must play week in, week out. Be wary.

Defenders that might not have entered your plans could be West Brom’s, Under the guidance of the defensively minded Tony Pulis, the likes of Lescott, Dawson and McAuley should push on from impressive displays last term. Early doors sees games against Chelsea and Man City.. watch out.

Brought in as a replacement to Nathaniel Clyne, the right-back looks set to be a certain starter in one of the league’s tightest defences. With Champions League and Europa League experience last season for Sporting Lisbon, his quality outweighs his price-tag in every fantasy game. 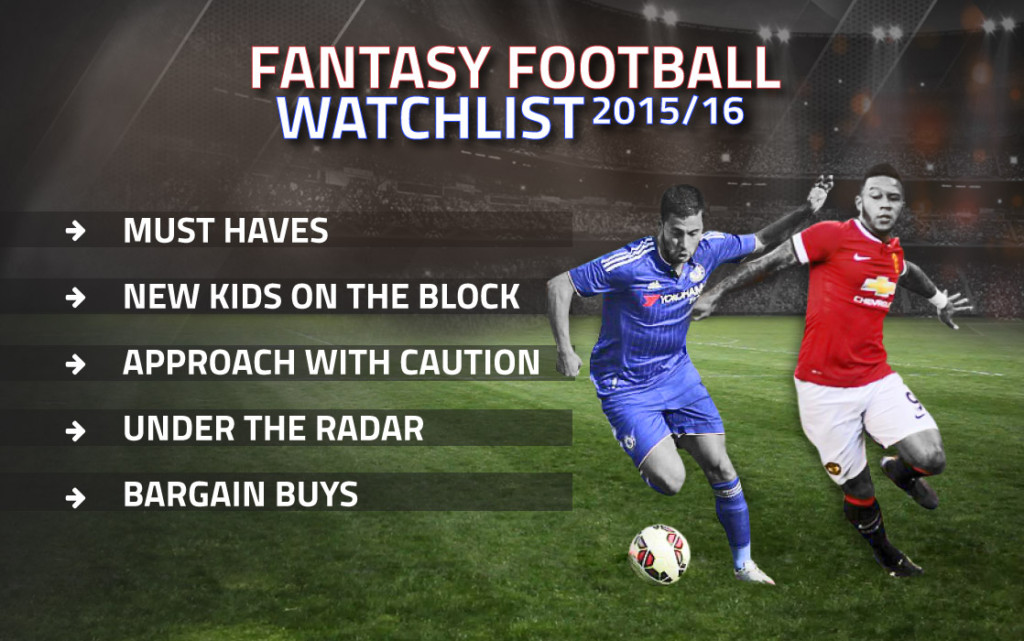 Must Have – Eden Hazard (Chelsea)

The top points scorer in literally every fantasy football game last season. What else is there to say other than if you don’t include him from the off, you simply won’t challenge. Not picking the tricky Belgian really is that black and white. Put him in first and then build your team around him.

22 goals and 5 assists last season for PSV Eindhoven in the Dutch Eredivisie and still only 21. It’s expected that Depay will be deployed behind Wayne Rooney and with a reasonable price-tag in most games, he could be the new face that lights up the Premier League next season.

Currently fit and firing, however with Walcott it’s just inevitable that it won’t last. When available he’s as good as it gets, with the potential to hit massive points every week but for games where transfers come at a premium he just isn’t worth the risk. Injured by September?

7 goals and 10 assists had Sigurdsson challenging premium priced midfielders in terms of points last season. However, again he is reasonably priced in every game. So if you’re looking for a mid-priced midfielder that delivers consistent points throughout the season, look no further.

Cheap as chips in every game this season, understandably coming from the Championship. Although, his 15 goals and 17 assists for Bournemouth last season will see him at the centre of any goals his side score this season. The perfect ‘enabler’.

Must Have – Wayne Rooney (Manchester United)

In any other season Sergio Aguero would have taken the must have striker spot but due to the Copa America and his likely late return to the Premier League, Rooney appears an adequate alternative. He’ll be taking up the no.1 striker spot at Old Trafford after van Persie’s and Falcao’s departures. Expect goals, goals and more goals.

The big Belgian has delivered constantly for a weak Aston Villa team for the past three seasons with an exceptional strike-rate. A move to a more attack minded Liverpool with a better quality of service should see Benteke take his game to a whole new level.

The 22-year-old will be a popular pick this season, understandable after last season. But do you remember his drastic dip in form at the the end of last season? His unimpressive displays for the under-21s in the summer? Add the fact that Premier League defences will now be fully prepared.

Under The Radar – Jay Rodriguez (Southampton)

Returning from a long injury which saw him miss last season, many will have forgotten the impression that he made on the Premier League in 2013/14. Rodriguez has also been in fine form preseason. A top player that many will have overlooked.

There always seems to be one striker that appears from the Championship and takes the Premier League by storm. Last season there were three! Ings, Austin and Vardy. Take note, Deeney scored as many goals last season (21) as Austin did in 13/14, and more than both Vardy and Ings achieved.

« Marquee signings point to David Villa being the chief beneficiary