In a fascinating article for whoscored recently Dermot Corrigan speculated as to whether the improved discipline of Pepe, a player decorated with numerous past misdemeanours, had cleaned up his act as a result of the calming influence of Carlo Ancelotti. So we thought this would be an opportune moment to gauge how significant discipline is to a player’s overall fantasy football performance.

We always stress how important it is to understand the scoring complexities of the game you are playing so for the purpose of this piece we have used the Mondogoal scoring criteria and have compared Pepe against his fellow defenders at Real Madrid. 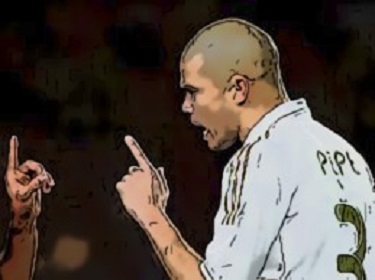 The first thing to notice is that he is averaging more points per game than the rest.

From this it seems quite clear that discipline is the area where he is consistently outperforming his team mates. Whether this remains the case going forward for a player with such a checkered past remains to be seen but fantasy managers should be encouraged to seek out value picks from players who might excel in a specific facet of the game.

On a side note – El Clasico is looming, and is looking increasingly like a title decider….watch out for players who are one card away fom a ban, notably Mathieu, Alba, Busquets and Arbeloa…don’t be surprised to see them pick up a caution this weekend to get their suspension out of the way rather than running that tightrope gauntlet next week!