Despite reports that Everton told Chelsea that John Stones was not for sale before their initial bid of £20 million was rejected last Friday, the London club are expected to return this week with an improved offer of £26 million for the defender.

It is understood that Jose Mourinho sees the 21-year-old as the perfect long-term replacement for Blues captain John Terry.

Stones led Terry for both tackles won per game and overall percentage of successful tackles as well as clearances, interceptions and blocks per game too. The 21-year-old also excelled for passing with a superior pass completion and more successful passes per game. 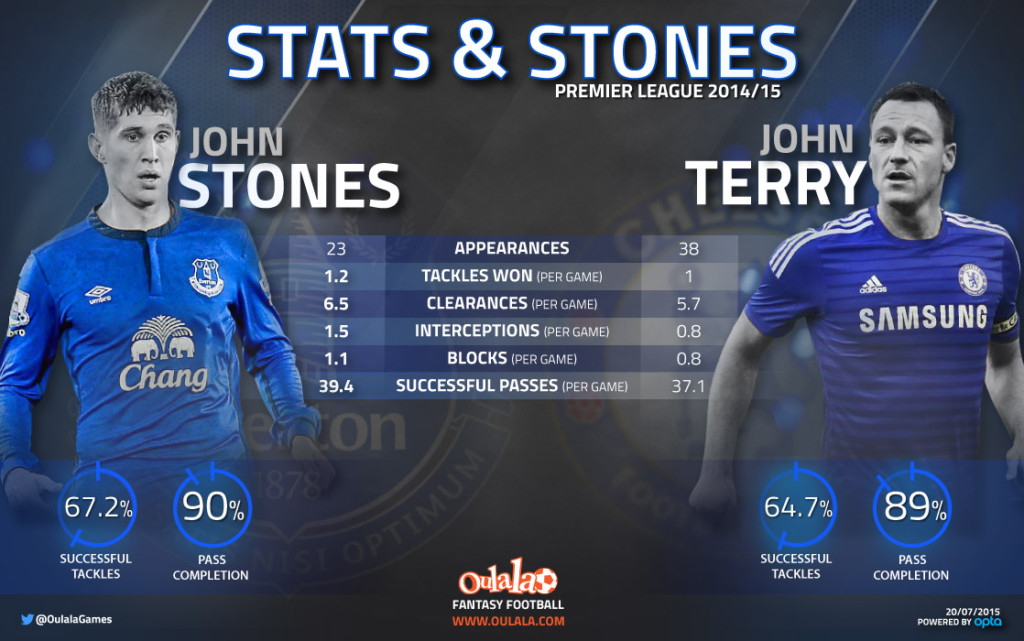 The Chelsea captain was regarded as one of the standout players in the Premier League last season, appearing in the PFA Team of the Year alongside defensive partner Gary Cahill. Stones wouldn’t walk straight into the Chelsea first-team. It’s not Mourinho’s style to fiddle with a settled unit.

However, the interest that the champions have shown in the 21-year-old will have no doubt turned the player’s head. Talks of record transfer fees and multi-million pound contracts would unsettle any youngster in today’s game.

With Chelsea hopeful of luring Stones to the capital before the start of the season and the champions appearing unperturbed by Everton’s “he’s not for sale” stance, the transfer saga is set to continue.

Every player has his price.