Are Paris Saint-Germain to Dominate Again?

Last year’s Ligue 1 was a procession for Paris Saint-Germain, who wrapped up their fourth successive French league title by a whopping 31 points.

PSG had the league title confirmed with several weeks to spare and they are expected to romp to yet another championship, although they have had the overhaul of changing their manager.

After Laurent Blanc moved on, PSG secured Unai Emery as his replacement from Sevilla, the Turk having led the Spanish outfit to the Europa League title in each of the last two seasons.

The fight for second place was hotly contested, with Lyon and Monaco finishing tied on 65 points to ensure they qualified for this season’s Champions League, while there will also be European football at Nice, Lille and Saint-Étienne following their successful league campaigns.

Troyes, Gazélec Ajaccio and Reims were relegated from Ligue 1, to be replaced by Nancy, Dijon and Metz, who were promoted from Ligue 2, but what is in store in the new season?

Zlatan Ibrahimović has been the undisputed best player in the league since his arrival and the departure of the Swedish superstar has left a hole PSG might struggle to fill this year.

Emery looks set to hand Edinson Cavani the central role he craves in the absence of Ibrahimović, who has joined Manchester United, with no top-level striker signed as a replacement yet.

Signings have been made elsewhere in the Paris squad, however, with Emery spending around £30 million to bring Poland international Grzegorz Krychowiak to the club with him from Sevilla. Krychowiak, a muscular box-to-box midfielder, should make PSG harder to break down in Europe, with success in the Champions League likely to be their priority this season.

Creativity will mainly come from Ángel Di María, who recorded more assists than anyone else in the league last season, 18, although he will miss having a world-class striker like Ibra to serve.

Ibra hit 38 goals last season, scoring 50 in all competitions, while he also provided 13 assists, although there is a chance PSG become a more rounded team in his absence and Hatem Ben Arfa has been added to the squad after impressing for Nice last year.

Best of the rest

Yet another league championship for PSG looks to be a foregone conclusion, with the most intriguing aspect of the new Ligue 1 campaign likely to be who gets closest in the title race.

Last year’s runners-up Lyon have lost their talented young centre-back Samuel Umtiti, who has joined Barcelona for a fee reported to be around £20 million, although Emanuel Mammana and Nicolas N’Koulou have been signed as defensive reinforcements.

N’Koulou has joined from Marseille and he will be looking to improve a defence that conceded 43 goals last season, the second-most in the top six, with former River Plate centre-back Mammana likely to be judged one for the future.

Monaco have invested heavily in their team in a bid to close the gap on PSG, with Djibril Sidibé and Benjamin Mendy the big name additions to what was already a very talented squad. Perhaps the most eye-catching of the new arrivals at Monaco is Kamil Glik, with the 28-year-old Poland international centre-back 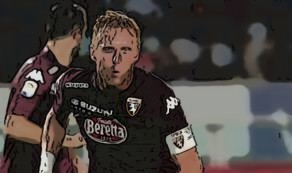 The loss of Ben Arfa is likely to hit Nice hard, the playmaker having scored 17 goals last season to help his team to a continental qualification place. Nampalys Mendy has also been lost, having been snapped up by the Premier League champions Leicester City, while they have a new manager too, Claude Puel succeeded by Lucien Favre in the dugout after four successful years.

Lille’s capture of Éder has the potential to be one of the top signings of the summer, with the Portugal international high on confidence after scoring the winning goal at Euro 2016. The striker struggled to make an impact in the Premier League at Swansea City but looks to be a good fit for Ligue 1, although the sale of Djibril Sidibé to Monaco is going to hurt their chances.

Battle against the drop

The bottom of Ligue 1 looks to be as competitive as ever this season, with Nancy, Dijon and Metz all automatically placed among the favourites for relegation after their promotion – such is the extremely cruel world of football.

Toulouse could be in for another tough year following the sale of their star striker Wissam Ben Yedder to Sevilla, while Marseille could be vulnerable after the loss of some of their key players, with Steve Mandanda, Benjamin Mendy and Michy Batshuayi among those moving on.

Guingamp, Nantes and Lorient were all in the bottom half last year too and it is hard to see any of that trio improving by enough to avoid another tense season of worrying about staying clear of the relegation zone, while Montpellier could also find life hard this year.