Crystal Palace will face Manchester United in the FA Cup final next month and their manager Alan Pardew is already cranking up the mind games with opposite number Louis van Gaal.

Van Gaal’s job has been reported to be on the line for several months, but finishing in the top four of the Premier League and winning the FA Cup could well be enough to save his job.

In contrast, Pardew has come under surprisingly little pressure in the last few months despite Palace’s poor league form since the turn of the year, although beating Watford to book a place in the FA Cup final has certainly earned him some leeway.

Pardew has strong history in the FA Cup while Van Gaal has never won the competition, but who will come out on top in the mind games?

The 1990 FA Cup final was a key moment in the recent history of Manchester United, with victory reputedly ensuring Alex Ferguson was retained as the club’s manager for another year.

Palace were the team beaten by United in a replay that year – with Pardew in the team after playing a crucial role in their semi-final win – and the English manager remembers it well.

“I remember Sir Alex’s career hinged on that game and maybe LVG’s career will hinge on this,” Pardew said. “I like the guy [Van Gaal]. He’s had some terrible, terrible press and I look forward to seeing him in the final. 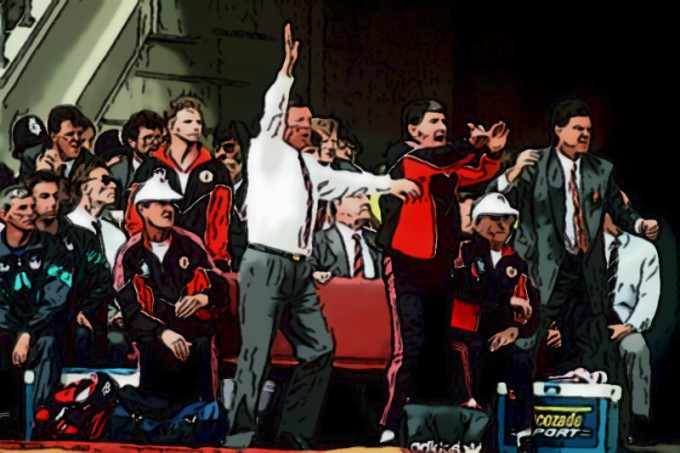 “[Palace are] a different team, with a different spirit, but the characteristics are similar to 1990. They are hard-working, diligent, with good defenders and some pace on the attack. I just hope the destiny isn’t the same result in the final.”

Palace and Pardew were so close to winning the cup in 1990 – they lost 1-0 in the replay to Lee Martin’s goal after a 3-3 thriller in the original match – can they go one step further this year?

The spectre of Mourinho

José Mourinho has been surprisingly quiet in recent months since his sacking from Chelsea after a disastrous Premier League title defence, but the Portuguese coach is strongly believed to have his heart set on taking over from Van Gaal at Old Trafford.

But the Dutchman has a year remaining on his contract and United are thought to have reservations about Mourinho, namely that he falls out with too many people and does not stay at a club longer than two or three years as a result.

Mourinho, of course, was a master of mind games, just like United great Ferguson, although the public row with Dr Eva Carneiro appeared to backfire on him spectacularly. 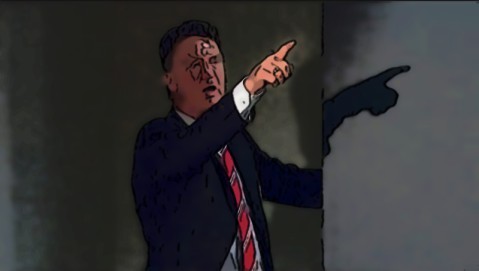 Van Gaal has made some attempts to follow Ferguson’s lead but often his comments in the press seem ill-judged and downright bizarre.

For example, Van Gaal chose to have a badly-timed rant about refereeing decisions after United had beaten Everton 2-1 in the semi-final thanks to a dramatic late winning goal by the brilliant young France international forward Anthony Martial.

“I think we deserved to go to the final,” Van Gaal said. “I think the referee… we didn’t have any fouls in our benefit. He changed the match I think. We had so many chances. We could have finished it much better. The referees are deciding the game and not the players any more.”

While speculation rages about Van Gaal’s position at United, Pardew has the security of a new contract being on the table.

The deal is ready to be finalised, but Pardew has insisted for many weeks that he will not sign the contract until he has secured Palace’s place in the Premier League for next season.

Palace are currently 16th in the table due to their bad run of results over the second half of the season, but they have 39 points already on the board, giving them a cushion of eight points to Norwich City, who have a game in hand.

Just like in 1990, the outcome of the FA Cup final could have a massive bearing on the future of United’s manager – and Pardew knows it.

Palace have never won the FA Cup before so Pardew has a chance to write his name into the club’s history books again, while United’s last success in the competition came in 2004, when they beat Millwall 3-0 at the Millennium Stadium. United’s last final appearance ended in defeat to Chelsea in 2007.

This year’s FA Cup final will be held at Wembley on May 21, but the kick-off time is yet to be confirmed by the FA.