It seems that a particular topic of debate just won’t go away. Transfer fees.

To begin with, there was the extraordinary £49 million that Manchester City paid Liverpool for Raheem Sterling in July. City followed that up by breaking their transfer record for the second time in a matter of months when Kevin De Bruyne signed from Wolfsburg for a reported £55 million. Over £100 million for two players.

Ok. Money in football isn’t a new thing. Inflated transfer fees have been around for a long time. But can they ever be justified? Do clubs and their owners really need to go out and spend tens of millions on just one player?

This summer has seen a mix of older, experienced players and upcoming younger talents move club for free.. for no cost.. for nothing. So many so, that it’s possible to form an entire squad that would arguably be good enough to compete at the very highest level. 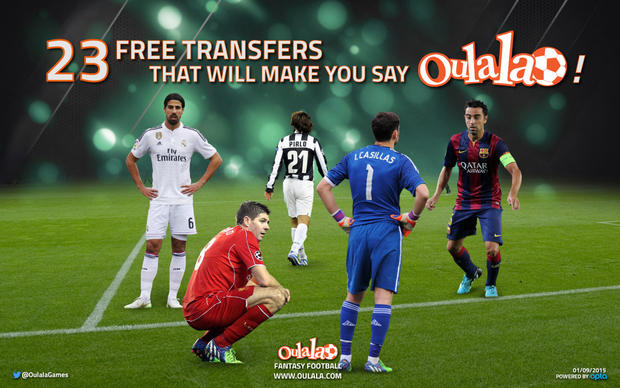 Liverpool were the most active English side in the free transfer market as two left Anfield in the form of Gerrard and right-back Glen Johnson, the former staying in the Premier League, joining Stoke City. Coming in were James Milner from Manchester City and Burnley’s Danny Ings.

Manchester City allowed both Milner and Micah Richards to move on, the latter switching to Aston Villa.

You don’t need to be Sheikh Mansour or Roman Abramovich to build your fantasy football dream team, spending hundreds of millions in the process. You can do it on a shoestring. Well, actually less than a shoestring.

We’ve compiled a squad of 23 players. It includes their former club alongside their new club or in Ron Vlaar’s case, still without a club. Their current market values as provided by www.transfermarkt.co.uk, ages, preferred positions and the alternative positions they can play.

Fantasy Football game Oulala.com have put together their chosen XI from the 23 man squad. The average age of the side is 30. Its total market value comes in at £67.55m, its actual cost of course, is free. 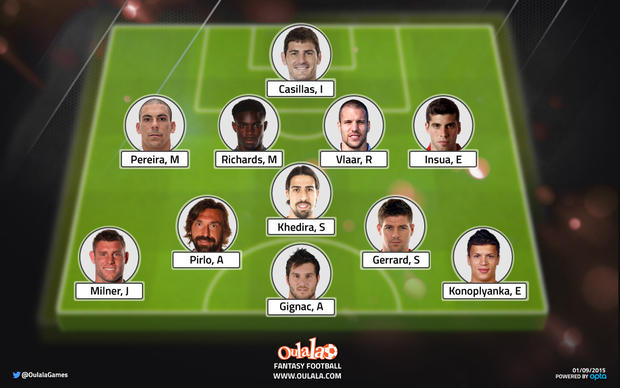 Think you could pick a better team?

Who would make your Free Transfer XI from the 23 man squad?

Oulala is a European Fantasy Football game powered by Opta. It features the top five European Leagues, a scoring matrix made up of 70 different criteria, live points updates and live management options. Fantasy Football has never been so real. You can play for free or for real cash daily when the monetized game is launched on Friday 11th September. Visit www.oulala.com to find out more.