Paris Saint-Germain may be running away with the Ligue 1 title by an embarrassing number of points again, but there are a lot of intriguing sub-plots throughout the division.

Angers pushed PSG close for the first half of the season but have slipped away and while Monaco are clear in second place, clubs like Nice, St Etienne and Lyon – and even Nantes and Rennes – harbour hopes of qualifying for the Champions League.

Ligue 1 is also home to some of the best young players in Europe, but who makes it into Ligue 1’s best fantasy football XI so far this season? Let’s find out!

PSG remain unbeaten in the league this season and their goalkeeper Kevin Trapp has unsurprisingly kept more clean sheets than anyone else in Ligue 1.

Trapp has earned 14 shutouts from 25 league appearances and has been a reassuring presence.

Corentin Tolisso has been one of Ligue 1’s surprise stars this season, pushing Lyon up the league table with five goals and four assists.

While many Ligue 1 fantasy football games classify Tolisso as a defender due to his ability to play as a right-back, he has typically been selected in midfield this season, meaning selecting him has become a great opportunity for daily fantasy football fans.

Fábio Coentrão was once regarded as one of the finest left-backs in Europe and, while the reputation of the former Real Madrid man has slipped, he is still excelling in Ligue 1 this year.

Coentrão has three goals and two assists this season, with the Portugal international most recently finding the net in Monaco’s crushing 4-0 home victory against struggling Toulouse.

Layvin Kurzawa left Monaco for PSG last summer and despite only starting eight Ligue 1 games for the defending champions this season, he has been one of the league’s top-scoring defenders. 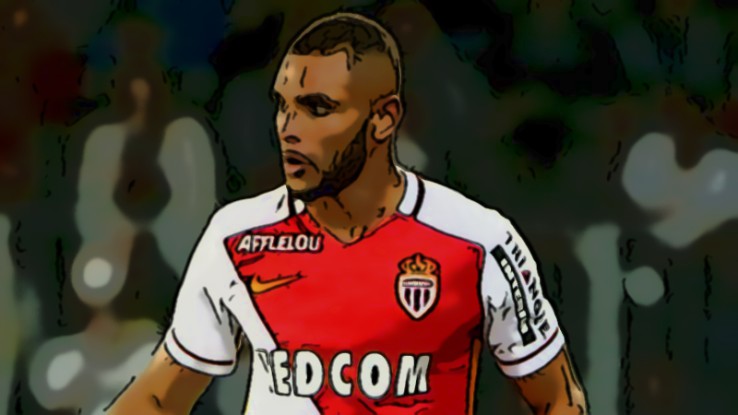 Kurzawa has found the net three times for PSG, boosting his chances of being France’s first-choice left-back for this summer’s Euro 2016 tournament, which is being held on home soil.

Abdelaziz Barrada of Marseille has been one of Ligue 1’s most underrated players this season.

With six assists from just 15 Ligue 1 starts, the midfielder is one of the division’s most productive playmakers, while he is particularly dangerous from set pieces.

However, Barrada’s temperament may concern fantasy players as he has been sent off twice.

Ángel Di María is one of Ligue 1’s blue chip players and after putting an unhappy period at Manchester United behind him, the Argentine international is thriving as PSG stroll to the title.

Di María has been unplayable at times this season, with nine goals and 10 assists in Ligue 1 earning him a WhoScored rating just shy of 8.

PSG coach Laurent Blanc often selects Di María in his front three, but the 28-year-old is classified as a midfield player in most fantasy football games. He is a must-pick for most fantasy players and even managed to average an impressive 16.5 fantasy points per game on DraftKings in the Champions League group stage.

Another Ligue 1 star to have struggled in the Premier League is Hatem Ben Arfa, who has been lighting up the French league after signing for Nice.

Wearing the number nine shirt and with the team built around his prodigious talent, Ben Arfa has scored 11 league goals this season, with only three players having hit the net more often.

Ben Arfa has been in particularly good form, having hit four goals in his last five matches for Nice.

Cheikh N’doye may lack the high profile of Ben Arfa and Di María, but his performances for unfancied Angers win him a place in the best Ligue 1 fantasy XI so far this season.

With seven goals from midfield, N’doye helped his side to fly high in the early months of the Ligue 1 campaign. Despite Angers sliding down the league N’doye remains highly influential for his side, having hit a brace in their recent impressive 3-0 home win against Monaco.

Our first striker is Michy Batshuayi, whose 12 goals for Marseille have kept his side clear of any relegation danger.

Batshuayi lacks consistency but, with seven assists in Ligue 1 alongside his double-figure goal tally, his raw numbers mark him out as one of the division’s most impressive attackers this year.

Benjamin Moukandjo is a surprise presence in the Ligue 1 top goalscorers list, having matched Batshuayi’s tally of 12 league goals for his club, Lorient.

Moukandjo has scored all five penalties he has taken for his side this season and only our final selection – no prizes for guessing his name – has found the net more times so far this season.

Zlatan Ibrahimović is without a doubt Ligue 1’s biggest star and he has lived up to his massive reputation with another stellar campaign as PSG cruise to yet more domestic glory.

The Sweden international has already hit 21 goals for his club in Ligue 1, as well as laying on eight assists for his teammates, to earn a division-high WhoScored rating of 8.15. Ibrahimović has also matched Moukandjo’s five penalties too, but the 34-year-old has missed from the spot once.

Few players in Europe can match Ibrahimović’s goal-a-game record and while he has a huge price tag in Ligue 1 fantasy football, it is hard to argue that he is not worth every penny of his fee.