Who are the pick of the midfielders for the 2016/17 Official Premier League game ?

Midfield is where football games are won and lost and it is also the area of the park that is most crucial to the success or failure of Fantasy Premier League teams.

With five places to fill in the squad, selecting a balanced midfield that has a mix of star names who virtually guarantee big points totals with bargains who offer a lot of upside is a must to compete.

FPL values can change rapidly with the most dramatically in-form players, so it is crucial to spot those relatively unknown names who are going to have breakout seasons as early as possible.

Predicting those players is extremely tough, but here is our guide to five cheaper midfielders worthy of consideration for your Fantasy Premier League teams in the 2016/17 season.

First on our list of potential midfielders to select is Eric Dier, who burnished his growing reputation as a defensive midfielder of huge potential with some mature performances at Euro 2016.

A threat in the air from attacking set-pieces, Dier got on the score-sheet for England at the European Championship with a rocket of a free-kick that might just win him the right to take some of the set-pieces that are usually earmarked for Spurs’ specialist taker Christian Eriksen.

A minor concern over Dier is his disciplinary record. He lost his head at Stamford Bridge at the end of last season and received 10 bookings during the campaign, while Mauricio Pochettino has brought in combative midfielder Victor Wanyama from Southampton to compete for Dier’s place.

A very cheap midfielder is a great way to balance the budget of a Fantasy Premier League squad and West Bromwich Albion midfielder Darren Fletcher appears to be terrific FPL value at just £4.5m.

Fletcher is the cheapest player in the game to have racked up at least 100 points in last year’s Fantasy Premier League game and now the Scotland international has put his health issues behind him, he should be on track for another successful individual season in the top-flight.

While Fletcher only scored one goal last season and recorded just a trio of assists, he contributed to 11 clean sheets for his side to ensure he was regularly picking up a decent haul of fantasy points. Currently, 12% of FPL players have elected to include Fletcher in their squads.

Swansea City star Gylfi Sigurðsson continues to be one of the most underrated players in the Fantasy Premier League game and even at a moderate price of £7.5m he looks a true bargain.

The Iceland international returns to the Premier League fold after helping his side to reach the quarter-finals of Euro 2016, where he showed off his calmness from the spot by scoring a penalty.

Sigurðsson scored 11 goals last season, while his four assists and eight clean sheets, coupled with 21 bonus points, helped him to a total of 158 FPL points for the whole campaign. This is just two points fewer than Liverpool’s new signing Sadio Mané managed for Southampton last year, yet he has been priced up at £9.0m, a whole £1.5m more than Sigurðsson can be snapped up for.

Defensive midfielders are not typically wise selections for fantasy football players, but an exception simply has to be made for the superb N’Golo Kanté, who costs just £5.0m in the Fantasy Premier League this season after completing a summer move to Chelsea from champions Leicester City.

Kanté scored 108 FPL points last year even though he only scored one goal, with a haul of nine bonus points helping him to reach three figures in his first season in the Premier League.

It stands to reason that the indefatigable Kanté will be even more effective in his second year in English football, while Antonio Conte’s team are likely to be extremely tough to beat, so there should be plenty of clean sheets on the way for him too.

The last Fantasy Football Portal suggestion for a bargain midfielder is Michail Antonio, the West Ham United winger who lit up the Premier League with a series of viral celebrations last year. 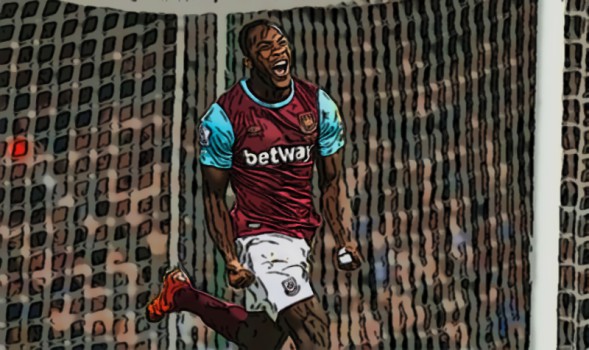 Antonio is priced at just £7.0m in this year’s game despite the fact he scored eight goals and provided seven assists for the Hammers last season, as well as contributing to seven clean sheets. He won 12 FPL bonus points as well, ending the campaign with a total of 126 points.

Although Antonio faces competition for his place from new West Ham signing Sofiane Feghouli, he looked a natural in his first Premier League season and should at least be on the shortlist for all Fantasy Premier League managers for the coming year.