Foxes to find another gear in title pursuit

Leicester City have the opportunity to open up a 5 point gap at the top of the table on Saturday when they entertain Norwich City at the King Power Stadium. The latest betting lines suggest that the Foxes will outscore all of the other English Premier League teams playing this weekend so we’re expecting many fantasy football managers to stack their teams with a number of Claudio Ranieri’s key men.

Jamie Vardy and Riyad Mahrez are sure to be the most popular choices but one tactic that can pay-off big time for fantasy managers, is the ability to be able to identify an under-valued player in the right type of fixture. Ghanaian Daniel Amartey has been valued at just $2,500 on DraftKings and certainly warrants closer inspection. 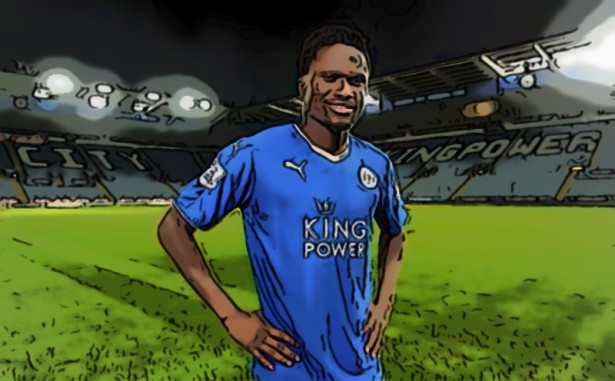 The recent signing from FC Copenhagen might get his chance at right-back with Danny Simpson ruled out through suspension. Norwich City full-back Robbie Brady could be in for a few sleepless nights this week, just pondering the prospect of facing Mahrez, WhoScored’s highest rated Premier League player this season. However, if he watches the following video and starts to think about the possibility of over-lapping runs from Amartey, he might just start to have nightmares!

The Foxes came unstuck at the Emirates last time, after a tough run of fixtures that also saw them facing and defeating both Liverpool and Manchester City. Can they go on another amazing run to secure Champions League football and maybe even the title?

Sunday’s Capital One Cup Final means that a couple of teams are not involved this weekend but it promises to be another terrific Super Sunday with both North London clubs in action.

Arsenal had their frailties cruelly exposed by a ruthless Barcelona side on Tuesday and cannot afford to slip up at Old Trafford while Tottenham Hotspur will be expecting to secure another 3 vital points when they host Swansea City.

« Where Will The Europa League’s Shocks Happen?