Leicester City’s inexorable march to Premier League glory continued on Gameweek 29 as they won 1-0 at Watford, while rivals Tottenham Hotspur and Arsenal shared the spoils in a 2-2 North London Derby draw to slip further off the top.

At the bottom there were big wins for Swansea City and Bournemouth and the relegation places increasingly look being taken by three of the four bottom teams – Aston Villa, Newcastle United, Norwich City and Sunderland.

Here is our team of the week for another thrilling weekend of Premier League action.

Peter Schmeichel won five Premier League titles at Manchester United and his son, Kasper, is closing in on his first winners’ medal after Leicester beat Watford 1-0 in Saturday’s late game.

Schmeichel made four big saves against a Hornets side that has struggled for goals of late, with his latest clean sheet – a 10th of the season – earning another round of pizza for his colleagues.

Héctor Bellerín continues to shine for Arsenal despite their run without a victory stretching to five games after a 2-2 draw at White Hart Lane.

A typically incisive Bellerín raid down the right wing set up Aaron Ramsey for the opening goal, the 20-year-old right-back’s third assist in the Premier League this season.

Williams and Swansea have kept two clean sheets in their last four matches as they edge up the Premier League table despite Francesco Guidolin’s illness.

Southampton have had the best defence in the Premier League in recent weeks and Virgil van Dijk has been particularly outstanding for Ronald Koeman’s upwardly-mobile Saints.

Van Dijk scored Southampton’s equaliser in a 1-1 home draw with Sunderland and although they did not keep a clean sheet, they have only conceded three goals in nine Premier League games.

Bournemouth won 3-1 at Newcastle United on GW29, a result that surely guarantees their Premier League status, a phenomenal achievement by Eddie Howe at the league’s smallest club.

King scored Bournemouth’s crucial second goal and also contributed an assist to deservedly take the man of the match prize. Better still, King often plays as a striker for Bournemouth but he is typically classified as a midfielder in daily fantasy football games.

Bournemouth’s Charlie Daniels just misses out on our team of the week after the left-back scored his third Premier League goal of the season at St James’ Park.

Riyad Mahrez looks a certainty for a huge haul of Player of the Year prizes and it was his 15th Premier League goal of the season that sealed Leicester’s narrow win at Vicarage Road.

It was one of his best strikes yet too, the Algeria international hammering a shot into the roof of the net to move Leicester five points clear at the top of the table.

Murmurs of a hamstring problem will have concerned fantasy football managers, but Claudio Ranieri insisted after the game that Mahrez is fine – great news for Foxes fans.

Had Dimitri Payet not missed two months of action due to injury he might well be challenging Mahrez for the end-of-season garlands.

The Frenchman was inspirational for West Ham as they came from 2-0 down to beat 10-man Everton 3-2 at Goodison Park, scoring a late winner to keep his side in contention for the final Champions League qualification place.

Payet now has eight goals and seven assists from his debut season in English football and. while the man himself insists he is not an injustice that he has not been called up to represent France, it would be a shame if the 28-year-old playmaker was to miss Euro 2016 on home soil this summer.

Gylfi Sigurdsson has been the catalyst for Swansea’s recent revival and the Iceland international midfielder scored a lovely winner to dispose of Norwich at the Liberty Stadium on GW29.

Touré gave his side the lead at the Etihad Stadium, taking his season tally to six goals.

Sergio Agüero will have been an extremely popular captain selection as rock bottom Villa visited title hopefuls City and the Argentina international paid off that faith with a brace.

Agüero scored City’s second and third goals – his 15th and 16th strikes of this Premier League season – but he could and perhaps should have had a hat-trick, hitting the post with a late penalty.

Our final team of the week selection is Stoke City striker Mame Biram Diouf, who grabbed his side a point at Chelsea by netting a late equaliser for the Potters at Stamford Bridge. 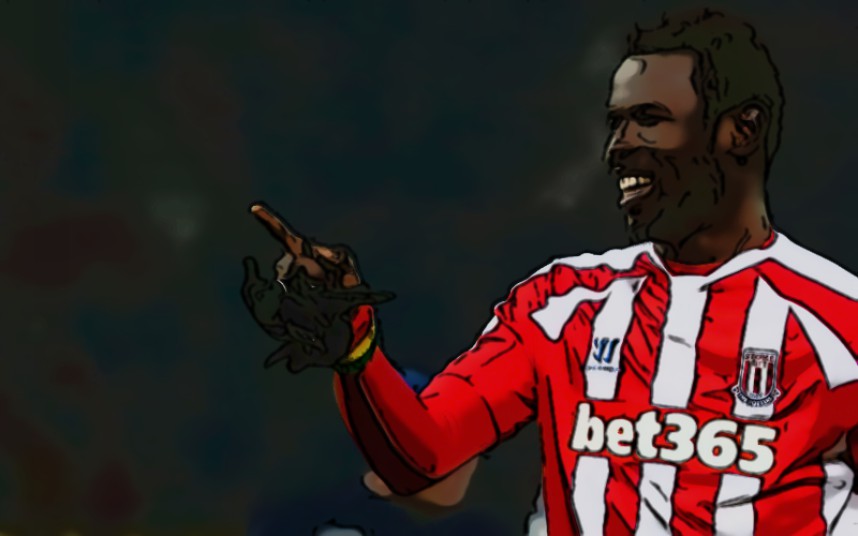 Diouf has only managed four goals in the Premier League this season and this was the first time he has found the net since September.