Sunderland also gave their survival hopes a boost by beating Manchester United at the Stadium of Light and there were good away victories for West Brom, Stoke City and Watford, while Chelsea and Liverpool dished out thrashings to Newcastle United and Aston Villa respectively.

GW26 saw a host of underrated fantasy football performers pick up big points, so here is the Fantasy Football Team of the Week from another gripping weekend of Premier League action.

Southampton manager Ronald Koeman conceded that for his team to have kept six clean sheets in a row is “not normal”, but shut-outs have been the norm for the Saints since goalkeeper Fraser Forster returned to the team.

After 10 months out, Forster looks like he’s never been away and while he was rarely troubled as Southampton won 1-0 easily at Swansea City, the goalkeeper’s terrific form has to be recognised.

A clean sheet was always likely for Liverpool at rock-bottom Aston Villa and Kolo Touré obliged as his team ran out 6-0 winners, with the centre-back also getting himself on the scoresheet.

Touré’s goal was a comedically simple header from a corner, with Villa appearing to have given up, and the defender upped his fantasy points for the season due to his fine performance.

Liverpool teammate Nathaniel Clyne was also excellent at Villa Park, scoring a farcically defended goal of his own, but Touré just about edges his colleague out for our Team of the Week selection.

With Everton in good form, few would have backed a struggling West Brom to win at Goodison Park but Tony Pulis’ men edged a 1-0 victory thanks to Salomón Rondón’s goal.

Everton laid siege to the Baggies goal but Jonas Olsson was superb in repelling their threat, with the defender also picking up an assist for Rondón’s strike, as well as the man of the match prize.

Questions were asked about Virgil van Dijk’s performances when Southampton’s form slipped in December, but the defender has been excellent in the Saints’ fine run of five wins in six games.

With no goals conceded in that sequence of six matches, a Southampton defender has become be a must for any fantasy player and van Dijk is an obvious choice, having scored two goals.

The joint top-scoring player in GW26 was Liverpool playmaker Philippe Coutinho, who ran riot as Villa crumbled to a humiliating six-goal defeat.

Brazil international Coutinho created three of Liverpool’s six goals and, with Daniel Sturridge fit and firing once more, the future is looking bright once more for Jürgen Klopp’s men.

It has been a difficult season for the fleet-footed winger but with Chelsea’s form steady under interim manager Guus Hiddink, the Spaniard could be a solid selection in the weeks to come.

Pedro’s teammate Willian was also terrific, contributing a goal and an assist in the easy win.

Dimitri Payet has had a few quiet games since returning from his lengthy injury-enforced break but the West Ham star was back to his best in GW26, helping his side to rescue a point from two goals down at relegation-threatened Norwich City.

The playmaker scored the first Hammers goal before setting up Mark Noble for the equaliser.

Payet has now recorded seven goals and five assists in 19 Premier League appearances – a superb return for his first year in English football.

Ibrahim Afellay has often failed to shine as his illustrious Stoke City colleagues grab the limelight, but the Dutchman’s performance in the Potters’ return to form with a 3-1 victory at Bournemouth caught the eye. 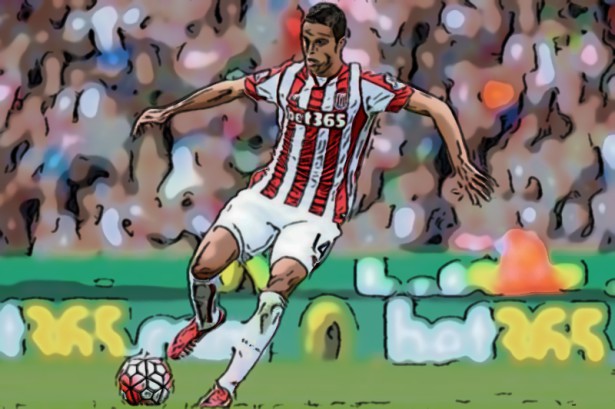 Afellay earned the man of the match award after scoring Stoke’s second – his first goal of the season – as his side broke a three-game losing streak in fine style at the Vitality Stadium.

Sunderland’s sacking of disgraced former England winger Adam Johnson has freed up a place for new signing Wahbi Khazri, who was the Black Cats’ star in a 2-1 win against Manchester United.

Khazri’s superb free-kick put Sunderland in the lead and he also supplied the corner from which Lamine Koné headed in the winner, although it was later reclassified as a David de Gea own goal.

As Sam Allardyce seeks to avoid his first ever relegation as a manager, Khazri’s precise set pieces look like being a major asset for Sunderland in their remaining 12 games.

Chelsea players dominated fantasy point-scoring this weekend, with striker Diego Costa the third Blues star to make it into our Team of the Week for GW26.

Costa scored for the second game in a row and the Brazil-born Spain international looks to be getting back to his best as Chelsea slowly move up the Premier League table – they are now 12th.

Watford continued to put their recent sticky spell behind them with an excellent 2-1 win at fellow mid-table team Crystal Palace, with captain Troy Deeney scoring both goals for his side.

Deeney, who is valued at just £5m on FantasyBet for GW27, opened the scoring from the penalty spot – the fifth time he has converted from 12 yards this season – and hit the winner with just seven minutes to go as Watford climbed to eighth spot.