Gameweek 23 was arguably the most exciting weekend of the Premier League season to date.

Chelsea put a dent in Arsenal’s title hopes with a 1-0 win at the Emirates, Charlie Austin hit the winner on his Southampton debut at Old Trafford, Dele Alli scored a wondergoal for Tottenham and Liverpool won an all-time classic nine-goal thriller at Carrow Road.

Here’s the Fantasy Football Portal team of the week for GW23.

One of the interesting sub-plots for the remainder of the season will be watching the return to fitness of England goalkeepers Ben Foster and Fraser Forster.

Both men kept clean sheets in GW23 but with only one spot available in the England squad for Euro 2016 – behind Joe Hart and Jack Butland – one man will miss out. Foster edged out Forster for a place in the GW23 Team of the Week after a fine performance against Aston Villa.

Branislav Ivanović was one of many Chelsea stars to struggle at the start of the season, but the Serbia international defender is getting back to his best.

Ivanović was excellent as Guus Hiddink’s men extended their unbeaten run with a 1-0 win at Arsenal and it was Ivanovic who provided the cross for Diego Costa’s winning goal.

Watford had lost their last four Premier League matches in a row but the Hornets got back on track with a 2-1 home victory against struggling Newcastle United at Vicarage Road on Saturday.

Cathcart scored the decisive second goal for his side, lashing in a loose ball after Troy Deeney and Odion Ighalo kept a cross alive in the Magpies’ penalty box, to seal a vital victory.

Sunderland left-back Patrick van Aanholt has been in fine goalscoring form recently, although two of his efforts were later reclassified as own goals due to telling deflections.

But van Aanholt will get to keep his latest strike, which earned Sunderland a point at home to Bournemouth, a fine near post finish just before half time.

Roberto Firmino hit a brace in Liverpool’s breathtaking 5-4 win at Norwich to continue his fine recent form, with the Brazilian now having scored four goals in his last three matches.

Firmino looks at home in Jurgen Klopp’s revamped Reds set-up and he picked up an assist along with his two goals in a dramatic match-winning performance at Carrow Road.

Jamie Vardy and Riyad Mahrez have shone in the final third for Leicester City this season, but Danny Drinkwater’s hard work in midfield cannot be underestimated.

Drinkwater’s opening goal put the Foxes on their way to a 3-0 home win against Stoke City that left the surprise leaders three points clear at the top of the Premier League at the end of GW23.

Dele Alli has been by far the Premier League’s standout young player this season and the Tottenham midfielder’s latest goal, his sixth of the campaign, was without a doubt his best yet.

Alli controlled a pass with his first touch, flicked the ball over the defender with his second and volleyed in a glorious strike with his third as Spurs beat Crystal Palace in a routine 3-1 win – but Alli’s stunning goal was anything but routine.

Swansea’s recent use of winger André Ayew as a central striker continued to pay off as he scored the winning goal in a 2-1 win at Everton on Sunday in Francesco Guidolin’s first game in charge.

Ayew has eight goals this season and two of them have come in his last three matches. Not only is in fine form, his classification as a midfielder is a clear opening for fantasy football players.

A series of injuries meant Enner Valencia had to wait until January for his first extended run in the team this season, but the Ecuador international striker is making up for lost time. 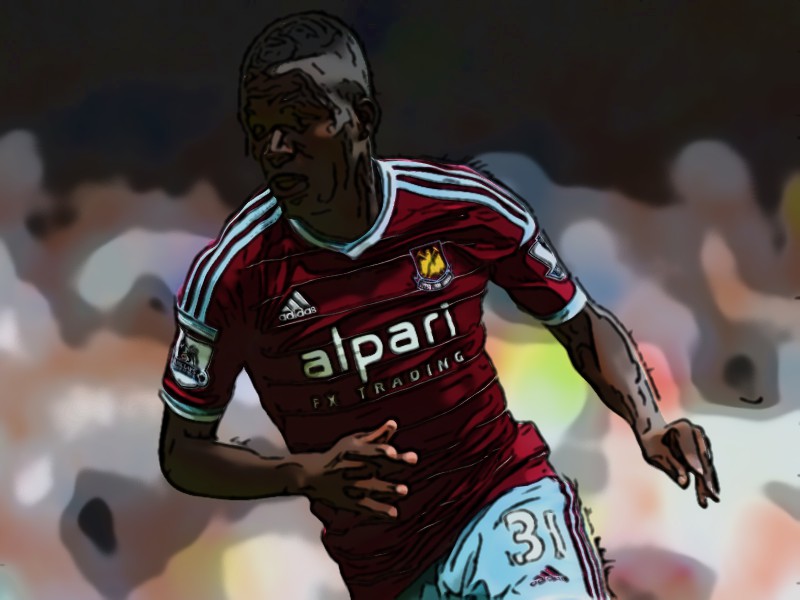 Valencia scored both West Ham goals in a sparkling 2-2 home draw against Manchester City on Saturday and if he continues to fire, Slaven Bilic’s side could well be surprise top four contenders.

Manchester City’s Premier League title hopes look to depend on Agüero staying fit and the Argentine hit a brace as Manuel Pellegrini’s men battled to a hard-earned point at West Ham.

Agüero now has 12 goals in an injury-affected season and the Argentine has struck five goals in his last four appearances – he might well be coming into form at the perfect time for his team.

A fantasy football favourite all season, Ighalo has been dumped by many managers lately.

The striker ended a three-game goalless period with the opening strike for Watford on Saturday, racing on to a through-ball from striker partner Deeney to beat the goalkeeper.

Ighalo also collected an assist and the maximum bonus points in some game formats to round off a very successful Gameweek.

Merseysiders in the Box Seat »