Fantasy Football: Three Stars Who Could Win You The Championship

We are now midway through the Premier League season and the fantasy football campaign is beginning to take shape. With 21 games remaining, there are still plenty of points to be won and lost and fantasy studs could be set to make all the difference in the coming weeks and months. Here are three key stars who you should be targeting ahead of the business end of the campaign…

The Chile international has been simply sublime for Arsenal this season, notching 12 goals and six assists in 17 Premier League appearances. On his day, Sanchez is capable of winning a game more or less on his own – and his individual form is a key reason for Arsenal’s surge up the table.

With the likes of Mesut Özil in fine form, Arsenal’s attacking stars may prosper in the second half of the campaign. Although Olivier Giroud could force his way back into Arsene Wenger’s starting line-up, Sanchez has been their main man this year and he was crucial in Arsenal’s prolific effort in the Champions League group stages as well as the domestic game.

At the time of writing, Arsenal are priced at 20/1 to win the competition in the Champions League betting markets at bet365. If Sanchez continues his individual form, the Gunners could challenge for silverware on multiple fronts – and he could help you to win your fantasy league too… 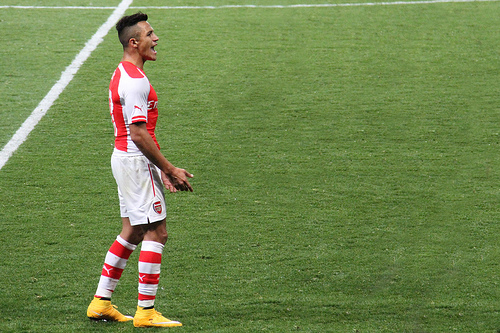 Zlatan Ibrahimović is enjoying life at Manchester United right now and the Sweden legend could finish as the best option in fantasy football if he continues to spearhead the Red Devils attack for the remainder of the campaign.

With nine goals in his last nine appearances in all competitions, Ibrahimović has certainly found his best form in recent weeks and it is only a matter of time until he catches Costa at the top of the Premier League Golden Boot race. The 35-year-old isn’t getting any younger but he is still a sensational option in attack.

The United forward is a phenomenal talent and Jose Mourinho has already hinted at the possibility of Ibrahimović extending his contract for a second year. It wouldn’t be a huge surprise to see the Swedish star prosper in the next few months.

Chelsea have built a commanding lead at the top of the table and Diego Costa’s prowess in front of goal has helped Antonio Conte’s men to embark on an 11-match winning run. The Spain international has now bagged 13 goals so far this season whilst assisting five more; and he is currently averaging a goal every 115 minutes.

Costa is by far and away the best striker in the top flight right now and Chelsea will need the 28-year-old to be at his best if the Blues are going to win the title. With no Champions League football to distract Costa and co away from their ultimate aim, Conte’s men may be set to get their hands back on the crown.

If the Spain star can maintain his form, he could finish as the top scoring player in fantasy football. He will lose the odd point or two for picking up cards but his goals and assists will pay off in the end…