Anybody who is a regular visitor to Fantasy Football Portal will not have failed to notice the contribution of Russ Cane who has been providing us with some fascinating player focus articles. Russ is currently working for OulalaGames Ltd, providers of the Opta-powered fantasy football game www.oulala.com and just this week won the SkySports weekly contest for the 4th time, his 25th national fantasy football victory.

We caught up with Russ to try to gain an insight into his winning mentality.

Can you tell us a bit about your background, your interest in fantasy football and the career path that you have recently chosen?

– Hi FFP. My first experience playing fantasy football was in the mid-nineties at the age of fifteen via Match Magazine. The hobby remained casual until 2010 when I decided to invest more time and effort into playing and go up against the masses. That season I entered FPL, Telegraph, Sun Dream Team, Metro, Daily Mail and Sky Sports. It was also the season I captured my first national win, the Telegraph weekly in the first week of October.

The following four years playing I focused on the Telegraph, Sun, Sky and the Daily Mail, as my favourites which saw more national wins, mainly weekly and monthly short-term prizes.

I found a game called Oulala in September 2013, a weekly game based in Malta and 4 weeks later won it. Due to the intrigue I had in the game I began engaging with the guys behind it via their site forum and social media channels and then via email. A few months later the MD was flying to London for a gaming conference and we met up for lunch. A four hour chat about all things fantasy football ended with a job offer. I accepted, worked from the UK for two months while I got everything sorted, house, car etc and then moved over to Malta.

I now lead the stat based content that we supply to external publications. Making stats entertaining is not easy but if it was easy then it would get very boring very quickly. I prefer a challenge. Due to work commitments I took a six month break from playing but returned a few weeks back which saw a first and second in the Sky weekly and a third in the Telegraph weekly.

Tell us about your latest victory and which victory from your impressive list of tournament successes was your most satisfying?

They give you two free teams at the beginning of the season and then a third in January for their second half of the season game. 99% of players of course use their teams to target both the overall and the second game, competing against 800,000+ other teams. That’s a hell of a lot of people to beat. I prefer to hold my teams back and then target the shorter-term prizes. Also, with the allocation of 40 transfers per team, if you have a bad start to a weekly attempt you can use the team (tidy it up) for another weekly attempt.

The basic principles I use when playing the SkySports weekly game are that I generally target 3 day (Saturday, Sunday and Monday) weeks, this allows an average start on a Saturday more scope to play catch up. I look for Saturday’s that have an early kick-off between two average sides where I think the home team has a good chance of a clean sheet and a cheaper defence (the well known block defence strategy, keeper + 4 defenders) so if the home side pick up a clean sheet, in Sky, you’re looking at 7 points per player, so 35 on the board just at the back, you obviously also have the benefit of team news rather than relying on guessing a full defence, which is never easy in the modern game. 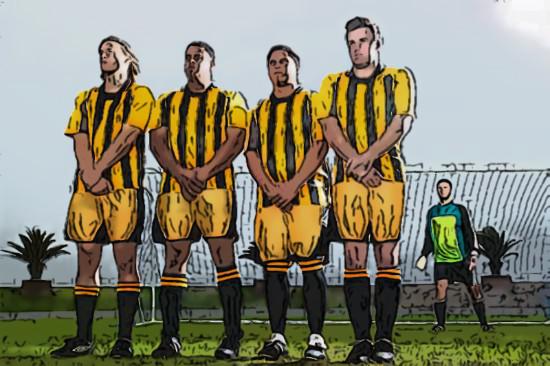 As I said previously, if the clean sheet doesn’t come in then leave the team alone for a following week to go again. So with a relatively cheap backline you have more money to play with offensively. The other six players should all be playing on the Saturday, you want 33 players in total over the three days (22 transfers). I pick the captain first, generally a forward that scores/assists/picks up man of the match awards and that is involved rather than a finisher, Sanchez/Aguero rather than Kane/Costa for example. I then fill in the gaps with offensive minded players from the Saturday, simply on gut instinct in who I think will perform. Usually if you’ve picked up the clean sheet, your captain has done ok, plus there’s a sprinkling of goals, assists around that you will place well at the end of a Saturday on the weekly leaderboard.

Then you start playing fantasy football like you would poker.

If you’re top you’ll be playing the Sunday differently than if you’re third, if you’re third then you’ll be playing differently than if you’re 20th. Being top means going with the most obvious and taking no gambles. Which team on the Sunday has the best chance of a clean sheet? Which player is the most obvious as a captain pick? Then fill in the gaps. If you’re within touching distance of top then you should be looking at the obvious defence to keep pace with the leader but also looking at picking a more obscure, yet reasonable, captain pick. If there’s more of a distance between you and the leader then you would guess what the leaders would be doing (obvious defences/obvious captains) and do the opposite. It’s likely it won’t work but you must take the gamble, there’s no point in doing what the leaders will probably do.

A good example would be Monday’s West Brom v Chelsea game. I was chasing by a bit of a distance, I knew the leaders would likely go Chelsea defence/Hazard captain so I went the opposite, West Brom defence plus Dawson (potential extra clean sheet) captain which was a good shout after West Brom’s 3-0 win but Berahino scored two and picked up man of the match, I had him but not as captain. I jumped from about 10th to 2nd with Arsenal v Sunderland to go on the Wednesday. So another decision to make. First place would surely be going Arsenal defence plus Sanchez captain, I would if I was leading. But with Sanchez in their team their funds are limited. It was too risky for me to go Sunderland, only 5 points behind the leader so I decided to cover a couple of angles, the 0-0, so I went Arsenal at the back and included a 5th defender (Coates) and Giroud captain and left out Sanchez all together so I could fit in a few better midfielders. The final score? 0-0. I jumped above the leader and won.

– My most satisfying will always be my first win, the Telegraph weekly in 2010. It doesn’t matter the size of a prize, certain wins just carry more weight. Breaking your cherry is very important, it gives you an added confidence and, I believe, makes you a better player. Another prize that obviously holds significance is the Oulala win, without that my life wouldn’t have changed. Two very important wins in the grand scheme of things.

At the peak of your playing days you entered a lot of different events….how do you prepare and plan your week ahead?

Since you have played in a lot of different games how do you differentiate between the different scoring methods of each?

– It’s something that just becomes natural the more you play particular games and when you’re playing a number of different games, it’s like a sixth sense to know how to approach each game based on its scoring method. For example the Sun do not award points for assists, whereas most other games do. Therefore a player such as Fabregas holds much more weight in other games than he does in the Sun, depending on his price of course, PPM (price per million) in each game is also something useful to study against the different scoring methods in order to get the best value from players.

Do you have a set methodology for picking your line-ups..eg forwards first? And how do games that allow captains or substitutes impact on this?

– In short-term games, that award clean sheet points to keepers and defenders, they are the players that come first. You then have a block base of points to work from. Then, if a game has captains, a forward that is a more ‘involved’ attacking player is next on the selection list, preferably at home and preferably against much weaker opposition. I expect goals, if that’s not possible then a goal scorer that assists (Sanchez/Aguero) is good compensation. Then as previously said, I fill in the gaps with players I have a gut feeling for, you should find a fine balance between strategy, form and gut. Taking away your opinion and gut feeling from fantasy football would turn into a boring task rather than a fun hobby.

I’ve never been a fan of games with subs but as far as they go I will usually select the cheapest of players, who do play. The Mail weekly/monthies are an exception to that rule as with limited transfers the subs selections are needed to maximize points from the Sunday/Monday when picking on the Saturday. A game with it’s own unique strategy.

What adjustments do you think are needed as the game switches to a more daily format from the traditional season long games?

– As a professional I believe daily fantasy football needs to be clean, quick and fun. The poker style of fantasy football is an interesting one and in my opinion the right road to go down. Games already exist with this in place. Setting up a league against a number of friends or strangers or joining short-term leagues that have already been set-up is an interesting concept. As a fantasy football player the future excites me. I am more than confident in my own ability as a player that with the introduction of this format on a grander scale in the future that it has the potential to be very profitable to good players, just like poker is. I know a lot of successful players in the fantasy football world who I could see go on to make a living out of daily fantasy football, again just as poker players do now.

One final piece of advice for aspiring managers?

– Be prepared to fail. I’ve finished second so many more times than I’ve finished first. It hurts. But coming just short teaches you many more things as a player than winning actually does. So if and when you finish second, always look at it positively rather than negatively and learn from it.