The arrival of new investment and a fresh face in the Goodison Park dugout prompted suggestions it could be a summer of heavy spending at Everton, but that has not happened.

Everton have been quieter in the market than almost any other Premier League side despite surprisingly finishing in the bottom half of the table, with Ronald Koeman having to improve on the poor performances of Roberto Martínez’s team over the course of the last year.

Koeman also faces bids for star men John Stones and Romelu Lukaku, with the size of his transfer budget for the summer potentially dependent on whether they stay at the club.

A few eyebrows were raised when Koeman opted to swap Southampton for Everton earlier in the summer, so it will be fascinating to see how the Dutchman gets on at his new side.

Southampton and Everton both typically played a 4-2-3-1 formation last season, so it is likely this is the shape Koeman lines the Toffees up in this year.

Lukaku will remain the focal point of the attack as long as he stays at the club, with Ross Barkley the key link between defence and his attack with his driving runs through the midfield.

Koeman will also want to tighten up a defence that conceded far too many goals last season, with his Southampton side keeping an impressive run of Premier League clean sheets in the spring.

Although he had an indifferent Euro 2016 with Belgium, Lukaku is perhaps the most important player in the Everton squad and he will lead the line, unless he is sold in the coming weeks.

Barkley is another certain starter, while there will be regular places in the team for Republic of Ireland internationals Seamus Coleman and James McCarthy. 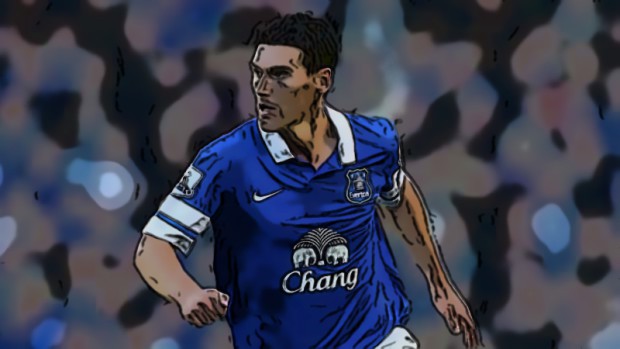 Gareth Barry, who could break Ryan Giggs’ Premier League appearances record this season, will continue to anchor the midfield, although Koeman is trying to bring a new enforcer to Everton too.

Maarten Stekelenburg is the main summer signing Everton have made so far and it is expected the former Fulham stopper will become the new number one at Goodison Park.

The departure of Tim Howard, who has moved to MLS for the closing years of his career, means there is a vacancy to be filled in goal, but Stekelenburg is likely to edge out Joel Robles.

Koeman would prefer to keep Stones at Everton and build his defence around the talented youngster, but if offers reach £50 million they will likely cash in on their prize asset. 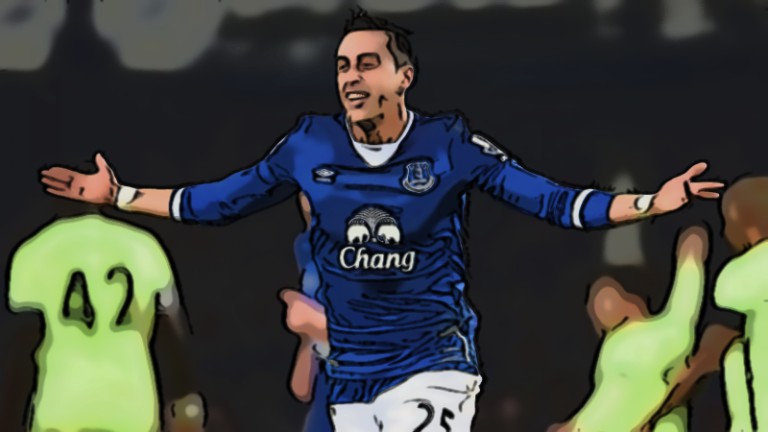 Stones’ most likely defensive partner looks to be Ramiro Funes Mori as Phil Jagielka’s opportunities were limited by injury last season, with Coleman a certainty to start at right-back.

Set-piece specialist Leighton Baines, so long a fixture at left-back for Everton, faces growing competition from 20-year-old versatile defender Brendan Galloway for his place in the team.

Everton’s much-publicised pursuit of Axel Witsel is a sign Koeman wants to improve the team’s midfield, but he faces competition for the Belgium international from some of Europe’s elite clubs.

Barry and McCarthy therefore look set to resume their partnership in front of the back four, while Barkley will be the more advanced of the central trio, given licence to push on and join attacks.

Lukaku’s place in the side is not in doubt, especially given the struggles of Everton’s main alternative striker, Oumar Niasse, since his January arrival at the club.

The wide roles in the Everton attack look to be up for grabs. Kevin Mirallas is excellent on his day but the Belgian can be very inconsistent, while former England international Aaron Lennon has similar issues on the right flank. Gerard Deulofeu is perhaps more likely to start than the pair.

Muhamed Bešić is a very solid player who provides cover for a number of different positions, while Bryan Oviedo can play anywhere down the left flank for the Toffees.

Youngsters Mason Holgate and Matty Pennington are likely to get more game-time this season, with Jonjoe Kenny another young defender hoping to be included in first-team squads.

Midfield cover comes from Tom Cleverley and Darron Gibson, with Arouna Koné a decent option in reserve for Koeman up front.

Baines is regarded as one of the most reliable penalty-takers in the Premier League, so he is often a good selection for Premier League fantasy football games, while he is also a threat from direct free-kicks close to the box.

Barry takes a lot of Everton’s other set-pieces but none of their players are particularly dangerous in the air from free-kicks and corners.

Plenty of transfer activity is expected at Goodison Park in the coming weeks, with Stekelenburg the only senior arrival to come through the doors so far.

Stones and Lukaku could yet be sold, which would bolster Koeman’s war chest, with Sporting midfielder William Carvalho reportedly one of the Dutchman’s top targets, while Juventus trio Daniele Rugani, Simone Zaza and Roberto Pereyra have all been linked to the club too.