Iceland are the smallest nation ever to make it through to the finals of the European Championship, but their presence at the tournament is no fluke as they were one of the most impressive teams in qualifying, booking their place with two games to spare.

They finished in second place in a tricky-looking Group A, behind only Czech Republic, bumping Turkey down into third place and ensuring that the Netherlands will not be at this year’s Euros.

Co-coach Lars Lagerbäck has done a phenomenal job in taking Iceland this far, but the veteran will want to go out on a high, as he is stepping down from the duties he shares with Heimir Hallgrímsson, in one of the most unusual managerial arrangements in world football. 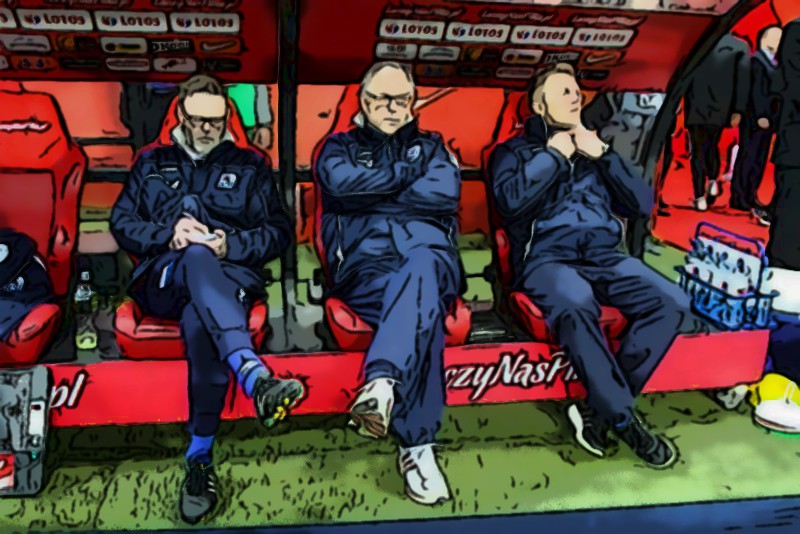 Hallgrímsson, a part-time dentist, will take over from the 64-year-old at the end of the tournament.

Iceland’s squad has been brought through from the group who qualified for the 2011 Under-21 Championship and being drawn against Portugal, Austria and Hungary offers this tiny country the chance to surprise everyone again by getting through the group stage at Euro 2016, with fantasy football fans likely to be supporting these plucky underdogs.

The classic 4-4-2 has gone out of fashion with a lot of international coaches, but the solid and reliable framework has been the hallmark of Iceland’s success over the last few years, with a resilient defence protected by a strong and energetic midfield.

Iceland are widely expected to be compact and hope to frustrate teams that cannot break them down – they kept six clean sheets during qualifying – while they are a huge threat from set pieces.

In attack, much of Iceland’s best play revolves around their key player, Swansea City midfielder Gylfi Sigurðsson, who has scored 12 goals from his 37 appearances for Iceland to date.

Sigurðsson is carrying a shoulder injury, but assuming the playmaker is able to shake off that problem he will certainly be one of the first names on the Iceland team sheet. 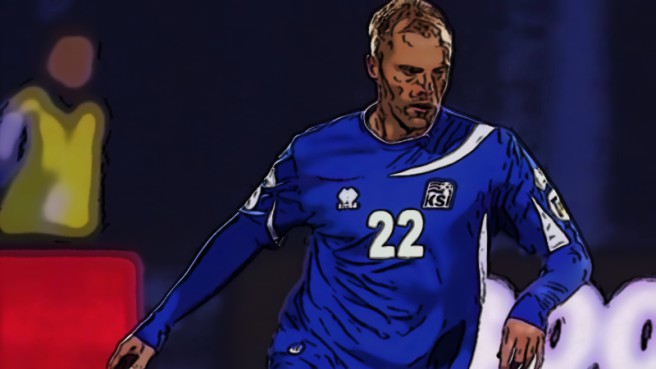 Lagerbäck and Hallgrímsson do not have many household names available to them, but one familiar face is the 37-year-old striker Eiður Guðjohnsen, who came out of international retirement and won his place in the squad back after signing for Molde.

Elsewhere, Iceland will mostly stick with the same familiar faces who were such a successful unit through the qualifying campaign, with Birkir Bjarnason of Basel a major creative outlet for his side.

Hannes Thór Halldórsson is Iceland’s number one, with 36 caps for his country since making his international debut five years ago. However, despite their excellent defending in qualifying, Iceland have not kept any clean sheets in their last four matches.

Halldórsson, believe it or not, also directed the video for Iceland’s entry into the Eurovision Song Contest in 2012.

The other goalkeeping options in the squad are a pair of 26-year-olds, Ögmundur Kristinsson and Ingvar Jónsson, who have been capped 10 and four times respectively.

Ragnar Sigurðsson and Kári Arnason are likely to be selected as Iceland’s first choice centre-backs, with the pair having just over 100 international caps between them.

At full-back, Lagerbäck and Hallgrímsson are expected to go with Hammerby’s 31-year-old right-back Birkir Sævarsson, with Ari Skúlason of OB getting the nod on the left side.

Hjörtur Hermannsson, who plays for PSV Eindhoven, and Cesana’s Hordur Magnússon will benefit from the experience of being taken to their first ever major international tournament.

Gylfi Sigurðsson is undoubtedly the star man in the Iceland team and he will take one of the midfield roles, with Aron Gunnarsson of Cardiff City expected to partner him.

Charlton Athletic winger Jóhann Berg Guðmundsson had a fantastic individual season despite his team being relegated from the Championship, scoring six goals and providing 11 assists.

He should be selected on Iceland’s left wing, with Bjarnason lining up on the right flank.

Kolbeinn Sigthórsson and Jón Dadi Bödvarsson are the regular Iceland strikeforce, but it will be very tempting for Iceland’s pair of co-coaches to instead go with the experience of Guðjohnsen.

Alfreð Finnbogason is also pressing for a place in the starting XI after he scored seven goals in 14 games for Augsburg, helping the Bundesliga outfit to stay in the German top-flight after signing for them in the January transfer window.

Finnbogason will be a dangerous asset off the bench if not selected, while Guðjohnsen may not have enough in the tank to complete 90 minutes but would be a threat for a short spell at the end of games, especially if Iceland are chasing a goal. 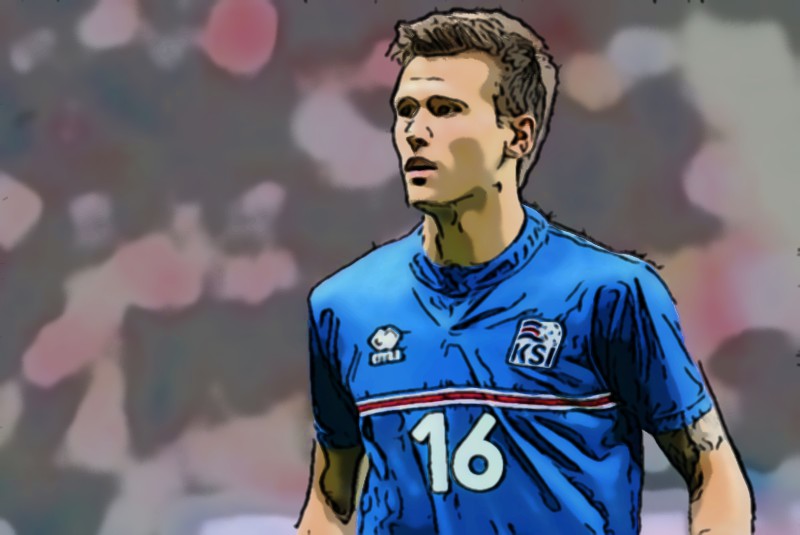 Norrköping’s left winger Arnór Ingvi Traustason is battling with Guðmundsson to be selected in the starting XI and has scored three goals in his six appearances for his country to date.

Lagerbäck and Hallgrímsson’s defensive cover is young and inexperienced, so Iceland’s co-coaches will be hoping their first choice back line is able to stay fit and injury-free.

Gylfi Sigurðsson hit six goals in 10 qualifying games and his free-kicks are one of Iceland’s most reliable scoring methods.

There will be excitement every time they get a free-kick within 30 yards of goal at Euro 2016.

The 26-year-old is also likely to be trusted with penalties and will take corners too, although the likes of Rúnar Már Sigurjónsson of Sundsvall and Ari Skúlason are further options.