Spain get their title defence up and running on Day 4 of Euro 2016, with Vicente Del Bosque’s side hoping for a more successful tournament than their humiliating World Cup exit two years ago.

After winning three major international tournaments in a row, an ageing Spain crashed out in the group stage in Brazil in 2014, but Del Bosque has retained faith in his most experienced leaders.

Spain get their campaign underway with a tricky match against a workmanlike Czech Republic side in the first of Monday’s triple-header, before Group E gets up and running later in the day.

Republic of Ireland play Sweden, but the game of the day – and arguably the most enticing match of the whole group stage – sees Belgium take on Italy in the evening kick-off.

Day 4 could well turn out to be the best day of the entire tournament, but if you are picking fantasy football teams for Monday’s action, which star players do you need to be watching out for?

Del Bosque looks set to use a strikerless formation again at Euro 2016 after experimentation with Brazil-born Diego Costa fell flat at the World Cup, with the Chelsea striker left out of the Euro 2016 squad as a result, along with fellow forwards Fernando Torres and Paco Alcácer. 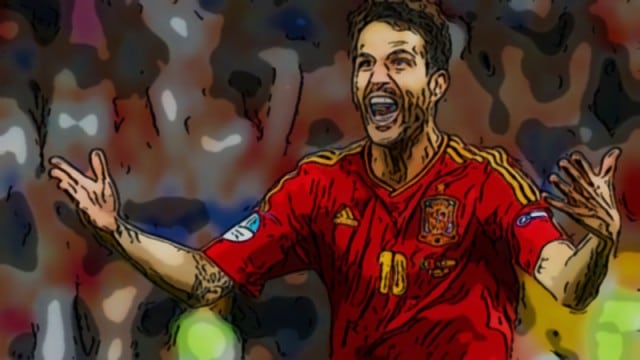 Cesc Fàbregas therefore seems likely to play as a false nine for Spain and the Chelsea midfielder has fulfilled the role to good effect in the past. The supply line will be as strong as ever, despite the international retirement of Xavi, with Koke and Andrés Iniesta pulling the strings in midfield.

Fàbregas does not have an incredible goalscoring record for Spain – he has hit the net 15 times in 105 caps for his country – but with their goals likely to be shared throughout the team he is as likely a scorer in Del Bosque’s squad as anyone.

It is a sign of how far Czech Republic football has fallen in the last 10-20 years that Tomáš Rosický remains their key player, despite battling injury and loss of form in recent times.

Set-piece taker and captain Rosický was released by Arsenal at the end of yet another injury-hit season, but he scored his first international goal in two years in a warm-up game against Russia to prompt hope among Czech supporters that he could yet find one last flourish at Euro 2016.

The 35-year-old’s fitness issues place a question mark over his participation at the finals, but coach Pavel Vrba will give Rosický every chance to make his team, especially given the fact that another of the team’s key attackers, Bořek Dočkal, is also carrying an injury into the Euros.

Republic of Ireland will be seeking a vast improvement after losing all three games at the finals four years ago, but Martin O’Neill’s side are heavily reliant on scoring goals from set-pieces.

That makes Robbie Brady the key man in the Ireland squad, with his viciously whipped deliveries providing crosses for the likes of John O’Shea and Shane Long to attack in the penalty area.

Brady will also be categorised as a defender in some Euro 2016 fantasy football games, even though he could line up as a winger in O’Neill’s 4-2-3-1 formation for the tournament, providing a further angle for fantasy football players to exploit this summer.

Zlatan Ibrahimović is certainly a bank-busting fantasy football selection, but the 34-year-old is impossible to ignore as he is by far and away Sweden’s most exciting player.

After a fantastic farewell season for Paris Saint-Germain – Ibrahimović hit an incredible 50 goals as his side won the domestic treble for the second year in a row – the egotistical forward is putting himself in the shop window at Euro 2016, as he is a free agent.

A move to Manchester United looks most likely, providing a reunion with his coach from Inter, José Mourinho, while Ibrahimović may be playing in his final international tournament for his country.

After scoring 11 of Sweden’s 19 total goals in qualifying, including three in the play-offs, Ibrahimović – who has been awarded the Swedish player of the year prize 10 times – is used to shouldering the hopes of his nation and he will not buckle under the pressure.

Eden Hazard had a desperately disappointing domestic season as Chelsea failed hopelessly in their bid to defend their Premier League title, but the exciting winger looked to be finding form at the end of the campaign as he prepares for a potentially career-defining tournament this summer.

The 25-year-old, previously the Premier League Player of the Year, should be approaching his peak. He stands out even in a Belgium squad packed with attacking talent, from Romelu Lukaku and Christian Benteke, to Kevin De Bruyne, Michy Batshuayi and Napoli winger Dries Mertens.

Belgium’s first European Championship since 2000 should see them targeting a last-four place and Hazard will have to perform much better than he did in the league this season if Marc Wilmots’ men are to improve on reaching the quarter-finals of the World Cup two years ago.

Gianluigi Buffon is already Italy’s record appearance-maker and he will add to his mighty collection of 157 international caps over the course of the summer.

At the age of 38, Buffon is showing no signs of slowing down and he had another fine season for Juventus as they romped to a fifth successive league title, with the veteran goalkeeper setting a new Serie A record for the longest run without conceding a goal in the league. He undoubtedly remains one of the finest goalkeepers in the world, a status he has held for longer than a decade.

Buffon will be protected by his club team-mates Giorgio Chiellini and Leonardo Bonucci and that unit will be vital if Italy are to go far into the tournament, especially as they look to lack genuine star power in attack. The man they call Superman might just have to come to the rescue again.

« Don’t bank on England at the Velodrome

Defining the Most Valuable Player »