Who are the best goalkeeping options for those 2016/17 English Championship fantasy football teams ?

This weekend sees the resumption of the English Championship, with around half of the clubs in the league having genuine Premier League promotion aspirations.

All the league’s sides are in action this weekend as the division gets off to a busy start, with Fulham’s 1-0 upset of Newcastle United on Friday night at Craven Cottage an eye-opening result.

A solid goalkeeper is key to success in this league, as well as in all types of fantasy football games, so here are five stoppers to consider for your Championship teams this season.

Brighton and Hove Albion were very unlucky to miss out on promotion last year, finishing third after a superb season and missing out in the play-offs, but they are well-placed to challenge again. 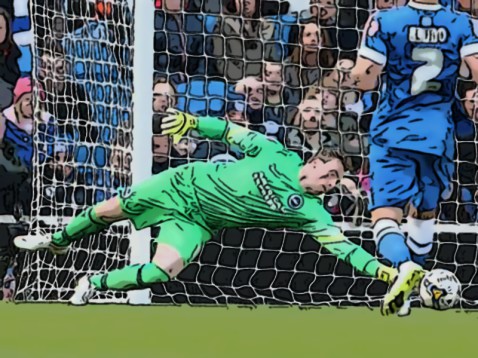 Goalkeeper David Stockdale kept 15 clean sheets for the Seagulls, who have never made it to the Premier League but have all the top-class infrastructure required for the higher level.

Stockdale missed part of Brighton’s pre-season preparations with a foot injury but he is now fit again and ready to help Brighton push for promotion again this season.

Football fans are notoriously biased, but talk to Sheffield Wednesday fans and they will insist that Keiren Westwood is the best goalkeeper in the Championship.

The Irish stopper racked up 11 clean sheets from 35 games in the league last year, with a late run of form helping the Owls to sneak into the play-offs, where they lost in the final to Hull City.

Westwood – who was selected in the Sky Bet Championship team of the year in 2014-15 – signed a new contract this week to commit his future to the Hillsborough club to the summer of 2019.

The arrival of two new goalkeepers at Norwich City has put pressure on John Ruddy, but he is expected to keep the gloves at Carrow Road, with Paul Jones and Michael McGovern in reserve.

Ruddy’s career has stagnated since his fine form first forced his way into the England squad a few years ago and the 29-year-old needs to recapture his best football if the Canaries are to bounce back to the Premier League at the first time of asking.

Nicknamed The Iceman, Ruddy has been at Norwich since 2010, making over 200 appearances.

Birmingham City were one of the Championship’s surprise packages last season, although their form dipped over the second half of the campaign, with Tomasz Kuszczak a key player.

The Polish goalkeeper, formerly of Manchester United, kept 15 clean sheets in the Championship last season, which is as many as any goalkeeper away from the three clubs who won promotion.

Kuszczak’s strong performances also earned him a WhoScored rating of 6.90, which ranked him as one of the top stoppers in the league. The 34-year-old is vastly experienced and will be crucial again if Gary Rowett’s men are to put together a genuine promotion challenge this time out.

Linked with Ekstraklasa outfit Lech Poznan earlier in the summer, Kuszczak missed the end of last season after suffering a broken nose but has recovered in plenty of time for the new campaign.

Our final selection for a goalkeeper to consider picking in Championship fantasy football games this season is Aston Villa’s new number one Pierluigi Gollini, who is a recent signing from Verona.

Snapped up on a four-year deal from the Italian side, who were relegated from Serie A last season, Gollini was regarded as one of the best young goalkeepers in the country despite the struggles of his team.

New Villa manager Roberto Di Matteo intends to make Gollini his first choice in goal after Brad Guzan was allowed to link up with Middlesbrough and the 21-year-old has some experience of English football as he was previously on the books of Manchester United.

“We have managed to sign him despite the fact he was being chased by a number of top sides and that is a great sign,” Di Matteo told the club’s official website.