Zinedine Zidane’s Real Madrid will be expected to brush Roma aside with ease in the Champions League knock-out round, but having returned to the club Luciano Spalletti will be looking to inspire the Italians.

Zidane will make his Champions League coaching debut in this tie, but the influence of Spalletti cannot be ignored either. Chosen as a replacement for underperforming Rudi Garcia, Spalletti returned to Roma in January for his second spell at the club.

Spalletti previously led Roma to back-to-back Coppa Italia titles and he has a reputation as a cup specialist, so the chance to knock out Real Madrid is likely to appeal to the charismatic coach.

“I’m excited because I’m fully aware how much this town, this club, this team are worth,” said Spalletti on his return to the club.

“Working with top people is always exciting. In football, unexpected things happen, but honestly, I always hoped I would return to Rome one day because this is a wonderful place.”

There is clearly a special bond between Roma and Spalletti and while they will be the clear underdogs when Real Madrid arrive in the Italian capital for the first leg, they have enough quality players in their squad to pull off a shock result. 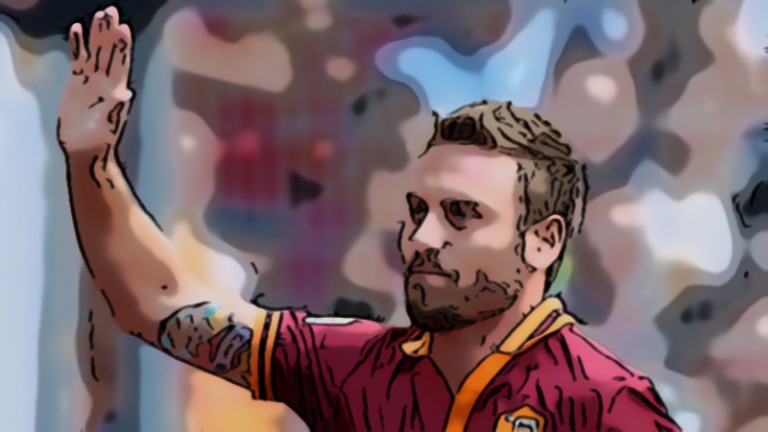 Many top European sides have tried to tempt Daniele De Rossi away from Roma over the years, but he remains the lynchpin of the side. In Miralem Pjanić they have a playmaker of serious talent and arguably the most dangerous free-kick specialist in Europe. Edin Džeko’s hot streaks of goalscoring form make him unstoppable on his day, while in Gervinho they have another mercurial talent who can turn on the style at any given moment.

Roma are unpredictable, but that makes them a tough proposition for Zidane on his European bow as Real Madrid’s coach. Under Spalletti, they reached the quarter-finals in 2006-07.

With Spalletti’s seat in the Stadio Olimpico dugout barely warm, it is difficult to guess how Roma will be set up during his second spell at the club.

However, Spalletti is widely regarded as the creator of the inventive 4-6-0 formation, the striker-less shape that is enjoying an en vogue moment in European football.

Spalletti was forced into the radical change as a result of injuries. He did not have the personnel to set his team out in their standard 4-2-3-1 system, so Francesco Totti was used as a false nine. The plan, although it had been thrown together, worked well and Totti went on to become Europe’s finest proponent of the false nine role. However, Roma’s current main striker, Edin Džeko, certainly does not seem a good fit as a false nine, on paper at least.

Spalletti’s finest moment as a coach undoubtedly came in the 6-2 Coppa Italia Final defeat of Inter, who had cantered to the Scudetto that season. Roma were a revelation on that day, with Totti magnificent, but overachieving throughout Spalletti’s first tenure arguably set the club up for failure in the long run. Totti, incidentally, is still at Roma but the 39-year-old club legend has barely been involved during the current season.

Roma have had a few nightmare performances in Europe too, most memorably a 7-1 thrashing at the hands of Manchester United.

It is no exaggeration to suggest that Roma-Real Madrid has the potential to end up any score.

Miralem Pjanić’s ability from set pieces is now renowned around the world and the Bosnian midfielder is worth considering for any daily fantasy football manager. Free kicks might be Roma’s best chance to score against Real and Pjanić’s record is fantastic and he’s valued at $5,500 on DraftKings for the Madrid tie. He scored twice in five group stage matches, providing an assist too, earning a WhoScored rating of 7.49 – Roma’s highest. Pjanić also took 2.6 shots per game on average, with many of these from those wicked free kicks he delivers, making him an appealing choice for anyone tipping Real to be upset by Roma.

Daniele De Rossi has never been known as a regular scorer but in the twilight of his career it seems as if the midfield hardman is adding something new to his game. De Rossi struck twice in the group stage for Roma as they squeezed through in second place behind Barcelona in Group E. Roma only scored six points, with De Rossi’s goals vital in ensuring they edged out Bayer Leverkusen and BATE Borisov.

It remains to be seen how Edin Džeko fits into Spalletti’s plans and the Bosnian, who enjoys a fine on-field relationship with his compatriot Pjanić, might find that his face does not fit under the new man. But Džeko is a serious handful for any defence when he is on form, his two group stage goals making him Roma’s joint top scorer in the competition. Real Madrid can be vulnerable from set pieces, a weakness Pjanić and Džeko might just be able to exploit.

« Time for this Morgan to find another gear ?

Selecting Defenders – the Misclassified and the Set Piece Threat »