The Copa América has had an inauspicious first week or so, with half-empty stadiums and a number of organisational issues marring the opening handful of games in the tournament.

Incorrect national anthems have made the competition – which is already controversially being held outside of South America for the first time – into a minor laughing stock, while the quality of the football on show has been of a fairly low standard.

Brazil tied their opening game 0-0 with Ecuador and entertainment has generally been thin on the ground, with the first five uninspiring games of the 2016 Copa América featuring just three goals.

This was particularly disappointing given that the event has been scheduled as a celebration of the 100th anniversary of the first ever Copa, with the competition expanded to 16 teams as a result.

A spark was clearly needed to make the event catch fire and the performance of the hosts, United States, in a 4-0 win against Costa Rica on Tuesday might just light a fire under the tournament.

Jürgen Klinsmann was heavily criticised after the US lost the opening game of the competition 2-0 to Colombia, but the German coach stuck to his guns and was rewarded with a much improved showing by the same set of 11 players.

It had even been suggested that Klinsmann’s job was on the line – he has coached the USMNT since 2011 – but goals from Clint Dempsey, Jermaine Jones, Bobby Wood and Graham Zusi sealed a comfortable win for the hosts.

After two of their three group games the United States now stand a good chance of qualifying, with a draw in their final match against Paraguay likely to be enough to book a place in the next round of the Copa América.

Finishing in second place in Group A could line up a quarter-final against Brazil, in which the United States would be huge outsiders, but it is also still possible Klinsmann’s men will face Ecuador or Peru in the next round, which would be a highly winnable match for the USMNT.

Football – or soccer as they call it – has never been the most popular sport in the US, but the popularity of the game continues to grow steadily, especially since Klinsmann’s side pushed Belgium all the way in the round-of-16 at the 2014 World Cup in Brazil.

A clash with the NBA finals might not be the best time for the Copa América to have been scheduled this year, but interest in the event will rise for as long as the USMNT are involved.

With a bid for the 2026 World Cup likely to be on the cards after unsuccessful US attempts to host the tournament in both 2018 and 2022 – which are going to Russia and Qatar – this year’s Copa is a great chance for the nation to show it can host a brilliant tournament and engage the public.

Brazilian football legend Pelé is already on the record as saying the USA should get to host the 2026 World Cup, but the rest of the planet may yet need a little bit more convincing.

Klinsmann is known for tinkering with his team – before Tuesday’s win he had not named the same starting XI for successive games since 2014 – but naming the same side paid off in a big way against Costa Rica.

Clint Dempsey scored his 50th international goal, becoming only the second USMNT representative to reach the historic landmark, and the striker continues to be the star man in the USA side, even at the age of 33. 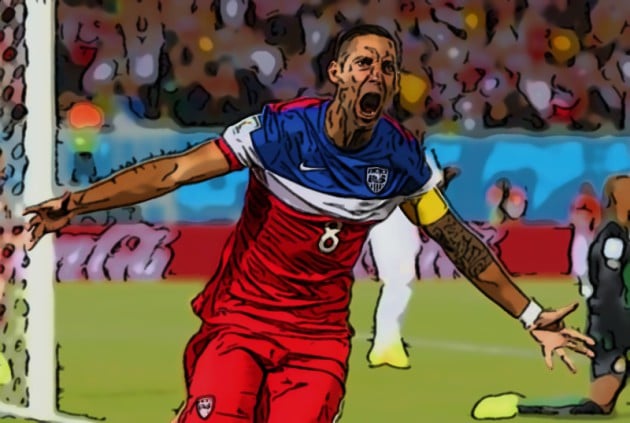 Dempsey, who now plays MLS football with Seattle Sounders, may view the Copa América as his last chance of success with the USMNT, with Jermaine Jones another older head in the squad who may be running out of time at the top level.

The 34-year-old remains an automatic pick in the USA midfield and he earned praise from Klinsmann for his dominant performance in the easy victory over Costa Rica, who looked poor despite being quarter-finalists at the 2014 World Cup.

After Dempsey, captain Michael Bradley is the most experienced member of the squad. The 28-year-old midfielder has 117 caps for his country and he is a decent goal threat from the heart of the pitch, scoring 15 times for his country.

Finally, Stoke City defender Geoff Cameron is arguably the strongest member of the USMNT back line and he is also a threat from attacking set-pieces, having scored four goals in 42 caps.