Gameweek 23 was terrific for Tottenham, with their 3-1 win at Crystal Palace made even better by Arsenal losing 1-0 at home to defending Premier League champions Chelsea.

Mauricio Pochettino’s side have been consistent all season and they are now just five points behind surprise league leaders Leicester City, and two points behind local rivals Arsenal.

Spurs are being talked of as genuine contenders to win the league – but is that realistic?

Spurs have only lost three times all season and being hard to beat could be crucial as the points required to win the title is likely to be the lowest figure for several years.

Pochettino’s men have drawn nine matches and if just a couple of those draws had been turned into wins, they would be right up there alongside Leicester chasing a first Premier League title.

In the next week, Spurs face winnable fixtures away to Norwich City and at home to Watford, giving them a chance to pile more pressure on the three teams above them in the league.

Tottenham then have a blockbuster clash with Manchester City on February 14th and the result of that match is likely to have a massive impact on the championship challenge of both sides.

Spurs have the deepest squad in the league. In fact, they have so much quality cover that Andros Townsend has been allowed to leave in a £12 million deal, joining up with Newcastle United.

And in Harry Kane, Spurs have one of the hottest strikers in the league. Many pundits felt Kane would prove to be a one-season wonder but he has scored 13 league goals already this season.

If there is one weakness in the Spurs squad, it is perhaps that they are too reliant on Kane’s goals. They lack genuine cover for the England international other than Son Heung-min, who has shown only flashes of his talent so far this season. 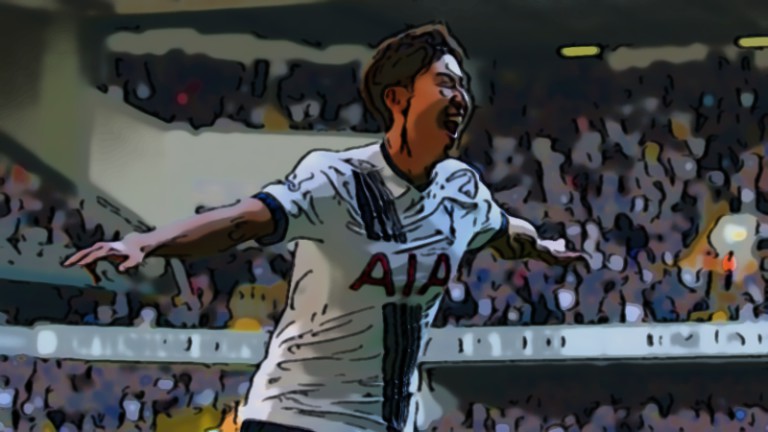 After Kane, their next top scorer is Dele Alli, who has found the net six times this season, including his spectacular juggle and volley against Crystal Palace in Spurs’ last game. Pochettino’s side shares the goals out throughout the team, but if Kane was to get injured or lose his form at a bad time, it is difficult to see how their gathering title challenge could continue.

Losing Jan Vertonghen for two months is a blow to Tottenham’s title hopes. The defender has forged an immediate strong understanding with compatriot Toby Alderweireld and the pair of Belgium internationals quickly became one of the meanest back lines in the Premier League. Austria international Kevin Wimmer is expected to step up in the absence of Vertonghen.

Leicester City have shown how far hard work and consistency can take a team, but most clubs that have won the Premier League have had experience of challenging for honours before.

Spurs have very few players with medals in their trophy cabinets and that winning experience and know-how may prove the difference when the pressure grows at the end of the season.

And while Leicester can place their sole focus on the Premier League, Spurs are still in the FA Cup and have a Europa League run to balance as well, with Fiorentina up next in the round of 32.

A team effort has taken Tottenham towards title glory, but three players in particular have caught the eye of fantasy football players this season.

Dele Alli has had a dream campaign in his first year as a Premier League footballer. The 19-year-old has come up with a series of wonderful goals to enhance his burgeoning reputation as one of the most talented teenagers in Europe.

Kane’s haul of 13 goals means only Jamie Vardy, Romelu Lukaku and Odion Ighalo have scored more times in the Premier League this season. Kane is a man in form too, with five goals in his last seven league appearances.

Pochettino has constructed a solid defence and Toby Alderweireld, the highest total points scoring FantasyBet Premier League defender this season,  is at the heart of it. Alderweireld’s WhoScored rating this season is 7.16, a touch above that of his defensive partner Jan Vertonghen, who is rated at 7.14.

If Spurs are really going to challenge for honours this year, then Kane, Alli and Alderweireld will all be at the heart of their success.

Toby Alderweireld is available at 5.5M on FantasyBet (vs Norwich City, 100M Budget)

« Will faster Daily Fantasy Sports crush the competition at ICE ?