Bournemouth’s debut Premier League campaign may have limped to a disappointing end, but keeping such a small club in the top division was a huge achievement for Eddie Howe.

The challenge for the young manager is now doing it again, with the sale of winger Matt Ritchie to Newcastle United indicating the Cherries are aiming to be upwardly-mobile again this season.

Bournemouth may be the smallest club in the Premier League but they have cash to burn via their mega-rich owner, with millions lavished on Jordan Ibe and Lewis Cook already this summer.

Howe is building a talented group of young English players on the south coast and if star striker Callum Wilson stays fit they could be in for an even better second Premier League season.

Howe is one of the more flexible managers in the Premier League, but typically they line up in a shape that could be described as a traditional 4-4-2, with heavy pressing in midfield areas.

Patient passing football can sometimes be overly slow, but the addition of extra pace out wide in the form of former Liverpool man Ibe should provide more thrust in the final third.

Wilson seemed to be on track for an England call-up before a serious knee injury derailed his season last autumn and he will get the chance to start up front again.

Steve Cook made more headed clearances than any other defender in the Premier League last year and he will again marshall the Bournemouth back line, with Harry Arter and Simon Francis among the other long-serving players likely to continue in the first team.

Artur Boruc is Bournemouth’s regular goalkeeper, with the experienced Pole providing a safe pair of hands between the posts.

Cover comes from the Australia international Adam Federici, while the third-choice goalkeeper at the club is Ryan Allsop.

Bournemouth could be weak at the back last year, although considering most of the defence has been at the club since their League One days it is perhaps little surprise adapting took time.

Steve Cook is likely to be partnered by Francis in the middle of the Bournemouth back line, barring any further arrivals, with Adam Smith lining up at right-back.

Left-back Charlie Daniels became a fantasy football favourite last year due to his penalty taking, but he faces competition for his place from the fit-again £8 million buy Tyrone Mings and new loan signing Nathan Aké, the Chelsea youngster who spent last season at Watford.

Young midfielder Lewis Cook may have to settle for a place on the bench initially after completing his big-money move from Leeds United, with Arter forming a steady partnership with the similarly energetic Andrew Surman in the middle of the park last season. 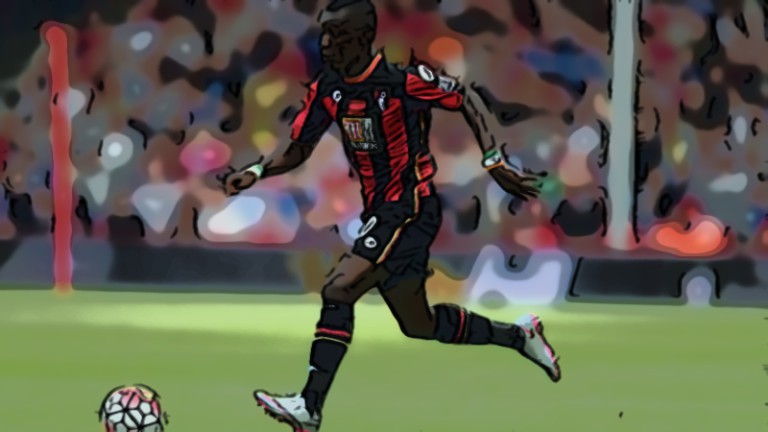 Ibe’s deal from Liverpool has not quite been completed yet but he will take one of the wing roles once he has signed, with Max Gradel, who is also rapid, likely to get the nod on the other flank.

Gradel and Ibe are both quick, but Wilson is arguably even speedier and Bournemouth will certainly not lack pace in the final third next season.

Benik Afobe adapted well to the Premier League after his January arrival from Wolverhampton Wanderers and he looks set to partner Wilson up front for the Cherries.

Many of Bournemouth’s bench options have a distinctly lower-league whiff of them, but Howe seems to get the best out of players such as Lewis Grabban and Marc Pugh. Ryan Fraser and Junior Stanislas are further wide options, with Joshua King an alternative to Wilson.

Bournemouth seem to have a lack of decent defensive cover, a problem Howe will need to rectify in the coming weeks.

Unlike many of the Premier League’s smaller sides, Bournemouth do not appear to prioritise set-pieces, although a regular training ground corner routine involving a near-post stepover has caused problems for opposition defences.

Should he keep his place, Daniels will take the majority of Bournemouth’s set-pieces, covering corners, free-kicks and penalties, making the left-back a bargain fantasy football selection.

The arrivals of Cook and Ibe are a clear sign of the type of squad Howe wants to build at the club, with Emerson Hyndman and Lys Mousset the other new arrivals at the Vitality Stadium.

With the cheque book remaining open, more big-money signings are likely in the coming weeks.