If you have ever played online poker you will be familiar with the choice of contest types that are available to fantasy football managers but if you haven’t the alternatives may seem somewhat bewildering. You will need to get to grips with some of the terminology that is frequently used to describe playing formats and pay-out structures associated with various tournament styles.

Most contests will a have a buy-in (entrance fee) and this is the charge the operator imposes to cover his costs for running the game. It is often referred to as ‘rake’ and is typically set at 10% of the total amount paid in entry fees. Each contest will also have a prize structure which indicates how the total amount of entry fees paid less any rake deducted will be distributed to the winners. If you are familiar with poker you may have heard the phrase ‘finishing in the money’ which is also applicable to daily fantasy football tournaments. 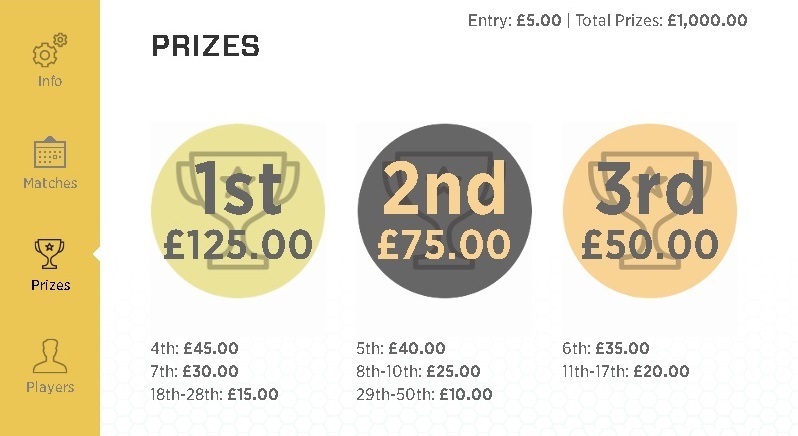 Here’s a list of some common game types that will be displayed within the competition lobby contest section at daily fantasy football sites:

Freerolls – a great way to learn about a game since there is no buy-in, the contest is free to enter

Multipliers – these work in a similar way to a double up, except that winners might triple their initial investment or receive, for example, 10x the buy-in.

Guaranteed Prize Pools (GPPs) – The Buy-ins for these tournaments will vary but they often give you the chance to win a substantial amount for a relatively small outlay and a pre-determined percentage of the field will finish in the cash.

Satellites – Instead of competing for cash the prize on offer will be a seat (entrance) to a bigger tournament where the rewards are much greater.

All sites give prize details which show how any prize money is distributed in any given event. It could be winner takes all or a percentage of total entry fees split according to finishing positions.