Saturday promises to be one of the most exciting final days in La Liga history, with Barcelona and Real Madrid battling it out for the league title. 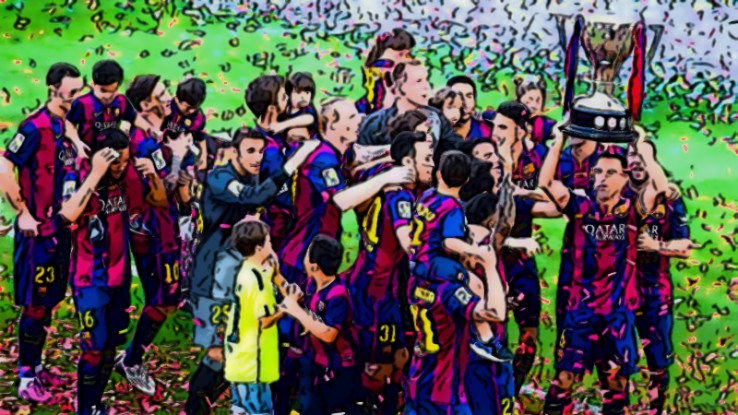 Holders Barcelona are in the box seat, as they only need to win at Granada to retain their title, while Madrid must get three points at Deportivo La Coruña to keep their hopes alive.

Atlético Madrid’s chances of winning the league title went down in flames at the weekend when Diego Simeone’s side suffered a surprise 2-1 defeat at already-relegated Levante, although they still have the Champions League final against Zinedine Zidane’s Madrid to look forward to.

Madrid are the outsiders in what has become a two-horse race as they seek their first league title since 2012, although they have cut Barça’s lead from 10 points to just one in the last six weeks.

La Liga fantasy football players will be excited by the prospect of Madrid and Barcelona going head-to-head for the title – here’s what to watch out for this weekend.

After the disappointment of their Champions League exit at the hands of Atlético at the semi-final stage, Luis Enrique’s side will be determined to hold on to the league title they won last year.

Barça have occupied top spot for most of the season, while this is the first time Madrid have even been as high as second during the campaign, having overhauled city rivals Atleti on Sunday.

Enrique’s men could even win the title if they lose at Granada and Madrid only draw at Deportivo, due to the head-to-head record between the top two sides in the division.

Barça have won their last four league games, keeping clean sheets in all those games and scoring 21 goals, so it is hard to see them slipping up against a Granada outfit that has secured safety thanks to three wins in their last four games.

However, Granada are unbeaten in six at home and will be no pushovers.

Madrid have won 20 of their 25 games since Zidane replaced Rafael Benítez in the Santiago Bernabéu dugout, with the club on a run of 11 straight wins in the league.

They will be expected to win comfortably at Deportivo, who have lost three games in a row at home, but victory may not be enough to claim the title if Barcelona do their job at Granada.

Despite the odds being against them, Zidane still believes Madrid can win the La Liga title.

“I am always positive. Now we are second, there is one game to go and anything can happen,” he said in quotes published on Real Madrid’s website. “In football, you never know what can happen.

“We need to be aware of that, give our all until the end and see what happens. The first part is our part. It won’t be an easy game and we know that.”

However, Enrique believes Barcelona deserve the title as they have led the league for so long.

“We still have to finish things off at Granada, but we deserve to win the title for the weeks we have spent as leaders,” he said, according to ESPN.

“There will be tension. Real Madrid and ourselves are in the same situation of playing away from home and having to win.”

Luis Suárez is a near-certainty to win La Liga’s top goalscorer prize having scored 37 goals this season, including a frankly ridiculous 11 goals in his last four league games for Barcelona.

The former Liverpool man has also provided four assists during those matches and is arguably the one must-pick fantasy player in La Liga right now, even ahead of the other members of the fabled Barcelona MSN strikeforce, Lionel Messi and Neymar.

After an oddly quiet spell in which he waited for his 500th career goal, Messi has collected four goals and six assists in five games, while Neymar’s contribution has been unusually low by comparison, the Brazilian scoring just three goals in his last nine appearances in all competitions.

Claudio Bravo is an obvious selection in goal since he has kept four clean sheets in a row, while left-back Jordi Alba, who has six assists for Barcelona this season, is also worth considering.

Injuries make predicting Madrid’s team for the Deportivo game difficult, with Karim Benzema, Cristiano Ronaldo and Gareth Bale having all missed games recently. Zidane also has to consider the upcoming all-Madrid Champions League final against Atleti, but with the league title at stake he will surely name as strong a side as he dare risk.

Ronaldo scored twice in a 3-2 win against Valencia on Sunday, taking his tally for the season to 49, although he remains four goals behind Suárez in the race for the Pichichi Trophy, which he has won in three of the last five years. Benzema is nursing a hamstring problem but has 24 league goals this season, while Bale, who has a knee injury, has hit 19 goals and 10 assists in La Liga.

Luka Modrić missed the Valencia game due to a muscle problem, while Dani Carvajal, Keylor Navas and Lucas Vázquez all have injuries too.

That could open the door to Isco and James Rodríguez to impress at the Estadio Riazor on Saturday, while the set piece ability of Toni Kroos – who has nine assists in La Liga this season – should put him firmly on the shortlist of any La Liga fantasy football manager too.