In the following Mondogoal case study, we will go through the selection process to ensure that you are picking daily fantasy football defenders that provide the best value for money and we will also include general tips that can be applied when picking your defenders regardless of which game operator you opt to play with.

The first thing we need to do is to dissect and group all the relevant skill areas that defenders can earn points for or be penalized for based on Mondogoal’s scoring system:

We were a little bit surprised that ‘interceptions’ were not given a higher value due to their infrequency and game reading importance but other than that the scoring criteria seem well-balanced and fair.

The trends are quite obvious. Players from the top teams will generally pick up slightly more points for defensive duties while the significance of goals and attacking contribution is fairly negligible with the players most likely to earn points this way seeing it reflected in their inflated salaries. Without doubt, though, the key scoring area is regular play – this is where the majority of points are earned. The ability to successfully win tackles or be fouled by clever positioning and attacking forays should not be underestimated. Once we add discipline into the mix we are able to gauge a player’s consistency (CON) since it gives us a good reflection of the combination of his regular play and controlled aggression.

The following graph shows the valuation of the Top 20 performing defenders based on average points per game: 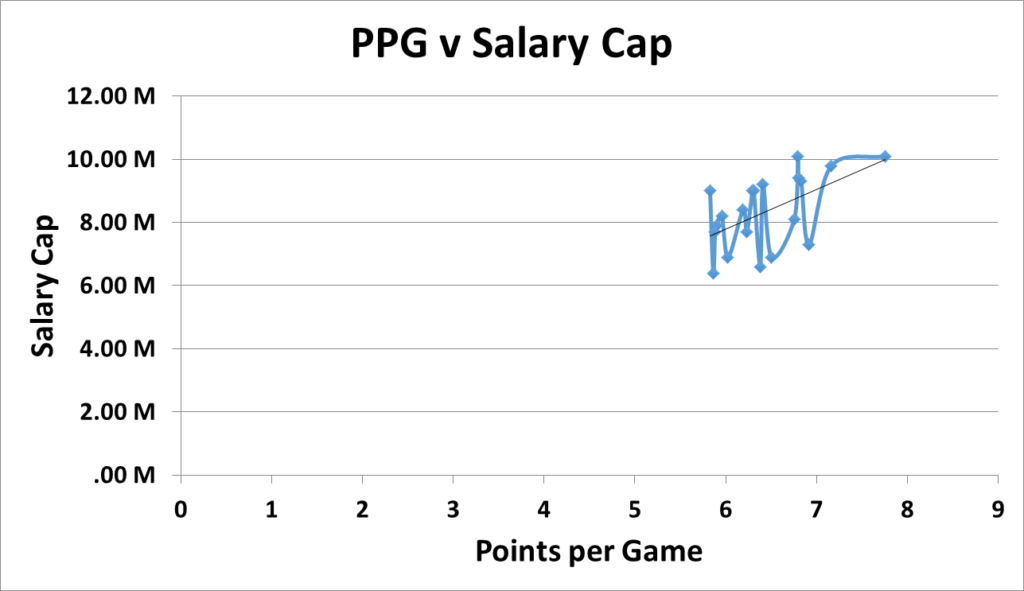 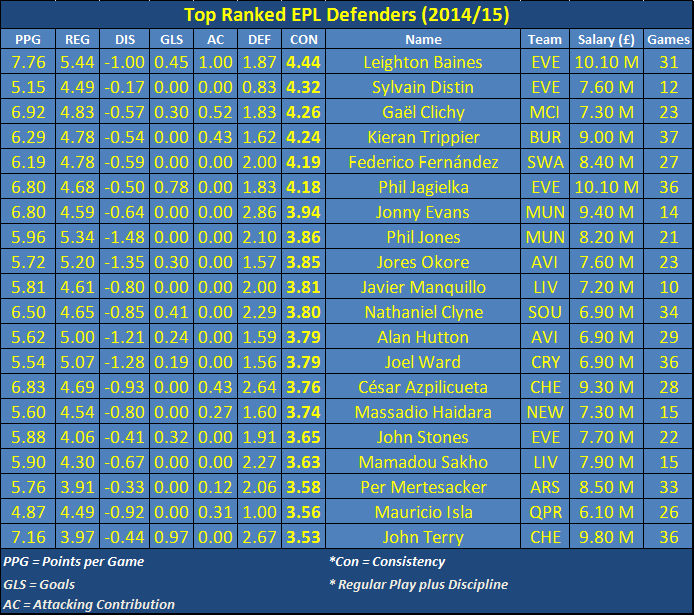 Now that you have established the base of your team it’s time to move on and have a look at the more offensive positions which will play a more decisive role in determining your chances of ‘cashing’ in any given daily fantasy football contest.

How to select your daily fantasy football midfielders