How to play Premier Punt

Premier Punt is one of the most exciting daily fantasy football games around right now.

With Premier League and Champions League games available to play at Premier Punt – and more leagues set to be added very soon – it is well worth signing up for an account.

Once you have joined Premier Punt you will be able to access the lobby screen, which has all of the available fantasy football contests you can join on the site.

There are weekly and daily tournaments, as well as single game contests, where you only have to select five footballers for your team and there are no player valuations to worry about.

For the weekly and daily games available to play at Premier Punt, you simply choose 11 players from all the teams that are playing on either that week or day.

Each contest also has a number of different challenges you can choose to take part in, costing a range of extra fees to join.

There are also head-to-head contests at Premier Punt that allow you to go up against your friends for cash and bragging rights, while regular freeroll events are run by the site as well. 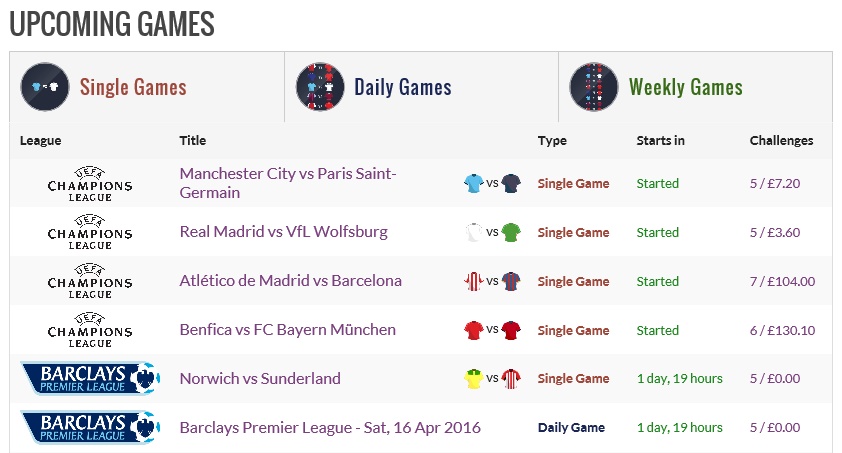 For Premier Punt’s weekly and daily fantasy football games, you need to pick a team of 11 players and you get a choice of formations too: 4-4-2, 3-5-2 and 3-4-3. In these games, you get a budget of £100 million to spend on your team and you can only select three players from the same side.

You also get the opportunity to nominate a captain – who will score double points for your team over the course of the contest – and a vice-captain who takes over in the event of your captain not being selected by his club.

At the bottom of the team selection screen you can also see the scoring system – more on that later – as well as the fixture list for the contest you have entered.

The fixture list is one of the most important tools you can use when picking a daily fantasy football team, as it lets you see which matches your chosen players will be featuring in.

If you want to leave your team selection up to luck you can also use the Premier Punt ‘super-duper auto pick’, which names a squad worth at least £95 million full of players who featured for their clubs in the last gameweek, so the selection is not completely random.

After you have finished picking your team, the next step is to select the challenge you want to join to show off your fantasy football abilities.

There will often be freeroll events available to play – although they may only be accessible if you have played a paid game on Premier Punt previously – while entry fees can be as low as £2.

The most popular weekly games on Premier Punt also have a guaranteed pot to play for, so you can be sure it is worth taking time to pore over your team selection dilemmas before entering.

It is even possible to set up your own challenge – either open for all or private for you and your friends. You can decide whether to set it as a multi-player contest or have it be head to head, while it is also up to you whether the pot gets split or if all the cash prizes go to the winner.

Premier Punt’s stripped down scoring system is similar to a lot of the other daily fantasy football games on the market, with players earning points for goals, clean sheets and assists, but losing points for own goals and receiving a yellow or a red card.

Scoring is a little bit more complex for the single game contests that you can play at Premier Punt. Completed passes, tackles, interceptions, saves and winning corners are among the positive point actions for this type of game.

You can even watch your players rack up points in real-time – the statistics are provided by Opta – so you can see whether or not your team is likely to be in the running for cash prizes at the end of the tournament. 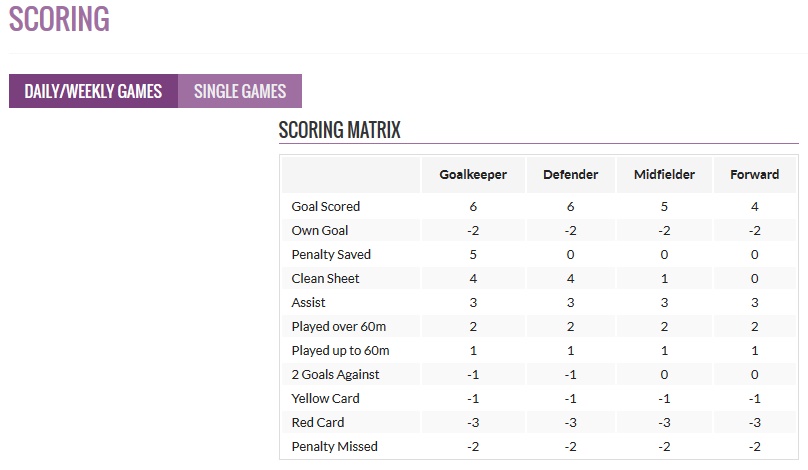 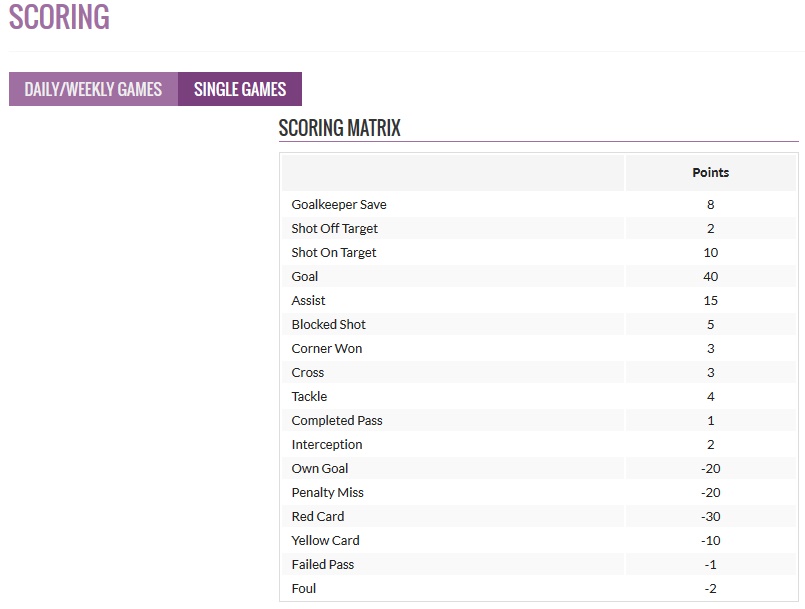